Train tickets to some of the most popular destinations for this year's May Day holiday sold out the moment they became available, causing platforms to temporarily crash, foretelling an explosive holiday season starting on May 1.

I tried wearing and taking off my glasses, binding and not binding my hair, and walked to the brighter living room to pass the facial recognition check on the app, but failed five or six times," a Beijing resident surnamed Zhang told the Global Times on Friday.

"Only when I browsed social media did I realize it wasn't my problem, it was that 12306 was down," Zhang said. She was trying to purchase a ticket to her hometown, Luoyang in Central China's Henan Province, which also has many historical sites and tourist spots. 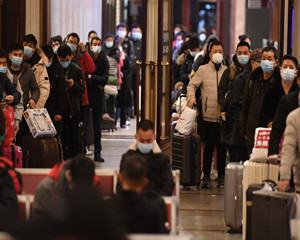 Apart from railway travels, China's domestic civil aviation industry has also come up with a vengeance, based on bookings for the coming holiday. According to the Civil Aviation Administration of China (CAAC), the five-day May Day holiday will "fully release" the transportation demand in China that had been previously suppressed by the pandemic.