The chart shows student expenditure over a three-year period in the United Kingdom.
Write a report for a university lecture describing the information shown below.
You should write at least 150 words. 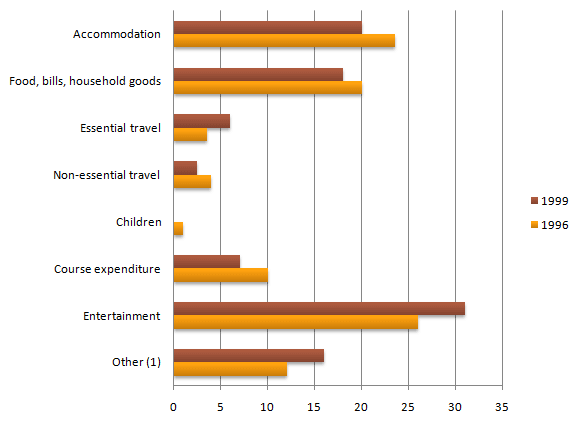 The chart shows the changes which took place in student spending in the United Kingdom during/over the three-year period from 1996 to 1999.

Students spent 3% less on accommodation, which fell from 23% to 20% of total expenditure, and there was a 2% decrease in spending on food, bills and household goods, which fell from 20% to 18%. At the same time course expenditure went down by 3% from 10% to 7%. Children, who constituted 1% of students' expenditure in 1996, are not represented in 1999.