Sheep with 35 Kilograms of Wool Finally Gets a Haircut

Sheep do not normally make news, but video of a sheep with a huge amount of hair in Australia has been popular on social media.

The sheep had gone wild years ago. A member of the public found him 60 kilometers north of Melbourne. The person contacted Edgar's Mission Farm Sanctuary near Lancefield, Victoria. The sanctuary rescues and takes care of animals that are lost or abandoned.

The rescuers named the sheep Baarack. Kyle Behrend is the communications manager at the Edgar's Mission Farm Sanctuary.

"It would appear Baarack was once an owned sheep," said Behrend. He had belonged to an owner before since he had a mark on his ear called a tag, "however these appear to have been torn out by the thick fleece around his face."

Sheep's hair, called wool, needs to be cut every year, Behrend said. If it is not, the wool grows out of control and becomes very heavy. This was the first time that Baarack's hair was cut, or shorn, in many years. Sheerers removed 35 kilograms of wool from the sheep.

Behrend said, Baarack's feet, or hooves, "were in great condition from running over the rocks in the forest. He was underweight, and due to all of the wool around his face he could barely see."

Baarack is now settling in with other rescued sheep at the sanctuary, Behrend said. He added, "All goes to show what incredibly resilient and brave animals sheep really are and we could not love them anymore if we tried."

The mission was a washout.

She had often campaigned in fleece.

The restaurant is deservedly popular.

The church became a sanctuary for the refugees.

5.Sheep do not normally make news, but video of a sheep with a huge amount of hair in Australia has been popular on social media.

She spent a huge amount of money on that diamond.

The new tax caused a huge amount of public anger.

6.Sheep do not normally make news, but video of a sheep with a huge amount of hair in Australia has been popular on social media.

Social media is often where people take a stand on an issue. 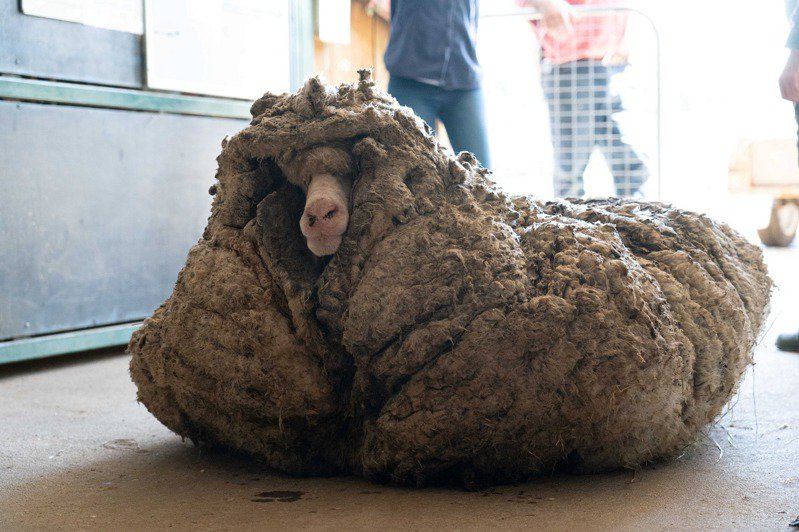