Dogs Return to the White House

President Joe Biden and first lady Jill Biden made two important additions to the White House over the weekend: their dogs.

German shepherds Champ and Major moved in on Sunday. The first lady announced the big development on Twitter. ‘Champ and Major have joined us in the White House!' she wrote on Monday.

The two have quickly made their presence known. When reporters gathered Monday to watch the new president sign an executive order, Champ and Major could be heard barking outside. Photographers took videos and pictures of Champ and Major playing on the South Lawn of the White House.

Their arrival marks a return of the tradition of "first pets." Many past presidents have brought their dogs or other popular pets to the White House. Donald Trump was the first president in many years to not have a pet during his time in office.

The Bidens adopted Major from an animal shelter in their home state of Delaware in 2018. Today, Major is the first shelter rescue dog to live at the White House. Adoption supporters have celebrated the history-making canine.

At the time of his adoption, the Delaware Humane Society posted on Facebook: "Today is Major's lucky day! Not only did Major find his forever home, but he got adopted by Vice President Joe Biden & Dr. Jill Biden!"

Major has gained national attention for a different reason, too. Late last year, then President-elect Biden broke his foot while playing with the young dog at his home in Wilmington, Delaware.

Champ is already used to life in the political spotlight. At 12 years old, he was a part of the family when his owners had the titles of America's vice president and second lady.

One thing both of America's top dogs might have to get used to? A cat. The Bidens said they planned to get a cat shortly after their move to the White House.

The soldiers' presence seemed to keep a lid on the violence.

Many of these children have led very sheltered lives.

Her show now has a hard political edge to it.

The stage was lit by bright spotlights.

5.Donald Trump was the first president in many years to not have a pet during his time in office.

How long has he been in office ?

It was alleged that he had taken bribes while in office.

6.One thing both of America's top dogs might have to get used to?

You soon get used to the little difficulties.

You'll soon get used to the climate here. 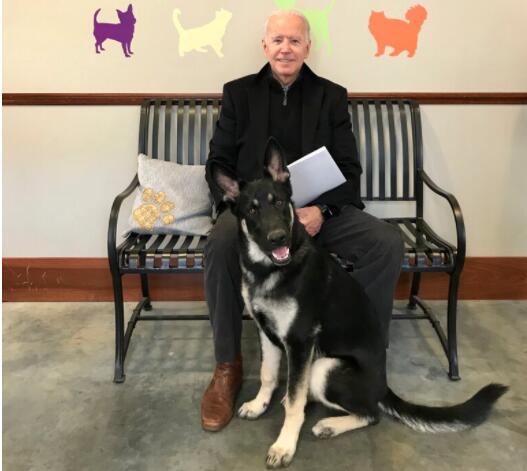