Last year, the industry in South Korea was worth about $10.7 billion dollars. That was an increase of around nine percent from 2019. South Koreans are expected to spend around $11.8 billion this year, says Gangnam Unni, the country's largest online cosmetic surgery website.

Ryu Han-na is a 20-year-old university student. She got an operation on her nose in December.

Ryu took her classes online throughout 2020. She said the abilities to rest at home and to wear a face covering in public were important for her.

"I always wanted to get a nose job...I thought it would be the best to get it now before people start taking off masks when vaccines become available in 2021," she said as she prepared for the operation, which cost around $4,000.

"There will be bruises and swelling from the surgery but since we'll all be wearing masks I think that should help," she added.

That thinking is leading to an increased demand for such operations in South Korea. Gangnam Unni data showed its users grew to about 2.6 million last year, an increase of 63 percent from a year earlier.

However, the pandemic made it nearly impossible to sell cosmetic services to foreign patients. As a result, the industry has tried to promote its services more to people in the country and nearby.

Promote means to make something more popular or well-known.

Park Cheol-woo is a surgeon at WooAhIn Plastic Surgery Clinic. Park was responsible for Ryu's operation.

"Both surgical and non-surgical inquiries about eyes, eyebrows, nose bridge and foreheads - the only visible parts - certainly increased," Park said.

"I felt like it's sort of a revenge spending. I've sensed that customers were expressing their pent-up emotions (from the coronavirus) by getting cosmetic procedures," Shin said.

Pent-up emotions are feelings that have been held back or not expressed.

Government data shows that of about $13 billion in government payments, 10.6 percent was used in hospitals and drug stores. That was the third-largest area of spending behind supermarkets and restaurants. However, details of spending at hospitals were not provided.

A third wave of coronavirus remains a concern in South Korea as the country reports more daily cases. "We've seen growing numbers of cancellations...recently as people refrain more from going outside..." Park said.

Heavy seas can cause cancellation of ferry services.

I often used to hang out in supermarkets.

We should both consider the advantages and disadvantages of cosmetic surgery.

5.Pent-up emotions are feelings that have been held back or not expressed.

She kept trying to hold back her tears.

He could no longer hold back convulsive laughter.

6.I thought it would be the best to get it now before people start taking off masks when vaccines become available in 2021

Three planes were standing on the tarmac, waiting to take off.

You can take off your armband now. 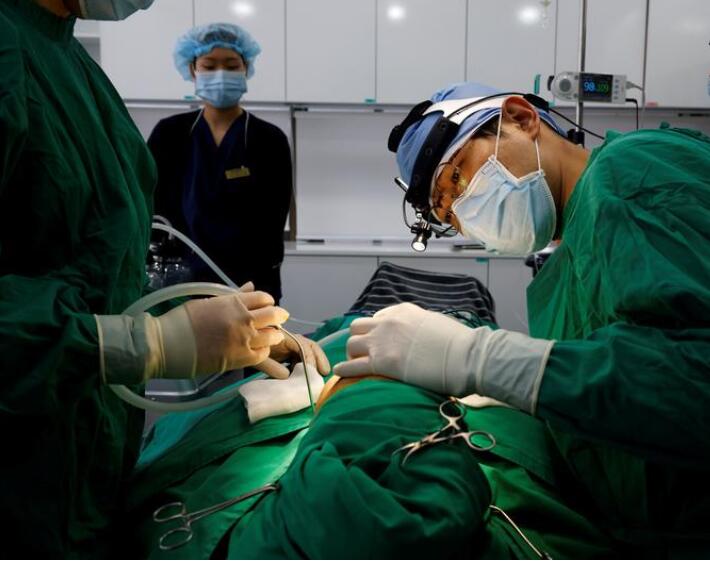