The leader of the world's Roman Catholics, Pope Francis, will lead his Christmas message from inside the Vatican to avoid gathering large crowds.

Traditionally, the pope has given his message on the outdoor balcony of St. Peter's Basilica. However, the new coronavirus restrictions will change how the Pope's Christmas message will be given, the Vatican said on Tuesday.

The restrictions bar people from going to St. Peter's Square. Papal events will be given live on the internet and broadcasted on television around the world instead.

Italy plans to have a nationwide lockdown during most of the Christmas and New Year holidays. Nonessential shops will be closed between December 24 and 27, December 31 and January 3 and from January 5 to 6. On these days, people will be permitted to travel only for work, health or emergency reasons.

In addition to the Christmas message, five speeches that are usually given from the windows at St. Peter's Square between December 26 and January 6 will be moved inside.

The rules will restrict the number of people able to attend events inside St. Peter's Basilica in December and early January.

The pope's Christmas Eve Mass will start two hours earlier than usual. Only a limited number of people are to attend. They must return home before the 10 p.m. curfew in Italy.

Italy is facing a second wave of COVID-19 infections. For several months, few members of the public have attended events outdoors. Now, all meetings are indoors or organized online with limited public involvement.

Italy was the first Western country hit by the new coronavirus. It has had more than 69, 214 deaths linked to the virus since its outbreak started there in February. It has had the most deaths in Europe and the fifth-highest number in the world. The country has also recorded around two million COVID-19 cases to date.

The government had to take emergency action.

The area was struck by an outbreak of cholera.

The data is limited in terms of both quality and quantity.

There was a growing unease about their involvement in the war.

5.In addition to the Christmas message, five speeches that are usually given from the windows at St. Peter's Square between December 26 and January 6 will be moved inside.

In addition to my weekly wage, I got a lot of tips.

6.Papal events will be given live on the internet and broadcasted on television around the world instead.

Scientists around the world are working to discover a cure for AIDS.

She travels around the world as if money is no object. 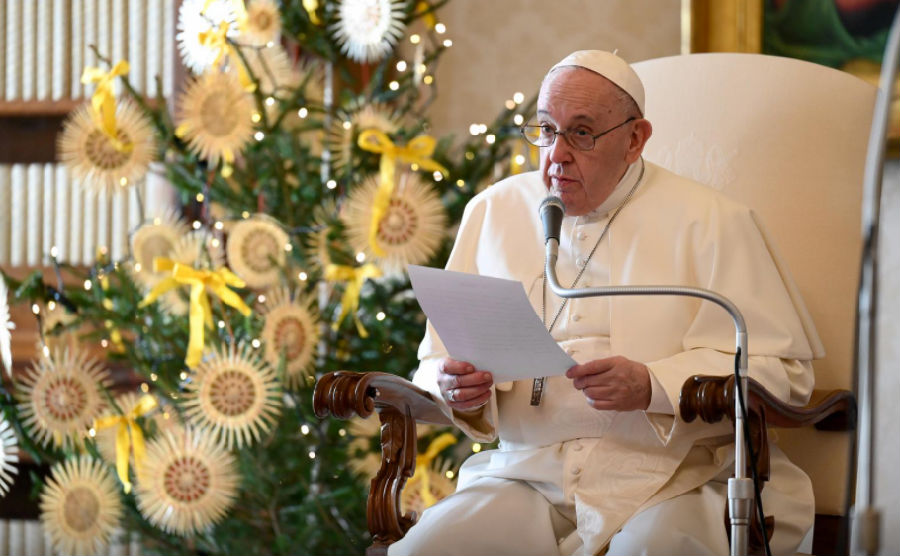