South Korean President Moon Jae-in has been facing growing public pressure about his plans to get vaccines for COVID-19. The country is struggling to contain a third wave of the pandemic, reporting high numbers of daily cases.

Media in the country has criticized the government's plans for the newly developed COVID-19 vaccines. They think the government should move more urgently and depend less on vaccines made in South Korea. Those would take more time than buying them from other countries.

A public opinion study by research company Realmeter found that six in 10 South Koreans believe urgency, not safety, should be the biggest concern when it comes to COVID-19 vaccines. They think vaccinations should begin as soon as possible given the big increase in new cases.

This week, the Korea Disease Control and Prevention Agency (KDCA) reported more than 1000 cases each day between Sunday and Tuesday. That brought the national total to 52,550, with more than 739 deaths.

Moon's office said Tuesday that a public vaccination program would "not begin too late." Before, the government had said that vaccinations could start as early as February.

Health officials said they are worried about the public seeing the vaccination program as a world-wide competition. Instead, they point to the importance of confirming the safety of the shots.

Son Young-rae is a senior official at the health ministry. He said the United States and the United Kingdom are suffering much higher cases and death rates. Other than the vaccines, they have no good ways to fight the virus, he told reporters. For that reason, he said, South Korea should not look to them as models.

"Considering the process of safety checks, we believe there is no reason for us to be the world's first or second country to receive the vaccines," Son said.

U.S. Forces in Korea to get vaccination

The first doses of COVID-19 vaccines for U.S. military members working in South Korea were expected to arrive as early as Thursday, a person who knows the plan told Reuters.

The U.S. Forces Korea (USFK) said it will begin to give the vaccines and that the first shots would be limited to health care workers and emergency workers.

"Over the next few days, USFK will begin to receive and administer the Moderna COVID-19 vaccine to combat the COVID-19 virus to further protect the force and our community," the USFK said in a statement.

South Korea's aggressive tracing and testing early in the pandemic had made the country a success story. The recent increase in cases has surprised people working to contain the virus.

Prime Minister Chung Sye-kyun said on Wednesday that, with the help of private hospitals, authorities have identified around 8,000 of a desired 10,000 additional hospital beds for COVID-19 patients.

Seoul and its surrounding areas have banned gatherings of more than four people from December 23 to January 3. Both restaurant owners and customers may have to pay a fine up to 3 million won ($2,700) for not following the order.

Trying to stop the spread during the New Year holidays, authorities have also shut down all winter resorts and tourist spots.

The government had to take emergency action.

The health authorities are investigating the problem.

The surrounding small towns have been absorbed into the city.

5.Trying to stop the spread during the New Year holidays, authorities have also shut down all winter resorts and tourist spots.

They shut down the nuclear reactor for safety reasons.

The mill was finally shut down by state safety inspectors.

6.A public opinion study by research company Realmeter found that six in 10 South Koreans believe urgency, not safety, should be the biggest concern when it comes to COVID-19 vaccines.

when it comes to 提及

When it comes to getting off work, he knows all the dodges.

When it comes to music, I'm a complete ignoramus. 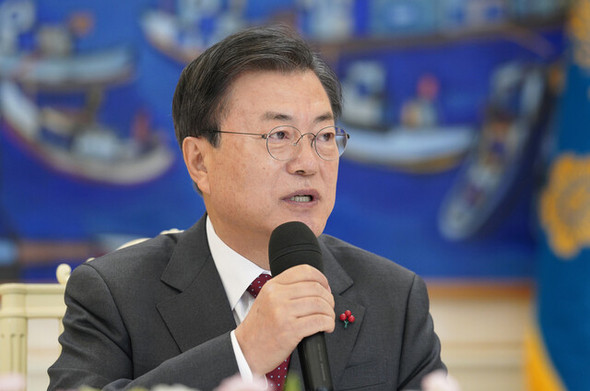