International Investors Concerned About Ethiopia
Ethiopia has invested billions of dollars to build new dams, railways, roads and industrial centers for more than 10 years. The goal has been to change the mainly agricultural nation into a manufacturing power.
In 2017, the African nation had the world's fastest-growing economy. A year later, Prime Minister Abiy Ahmed took office, promising to loosen the state's control on the economy.
But for the past two years, Ethiopia has faced several problems. These include ethnic clashes, floods, swarms of insects and coronavirus restrictions. Recent fighting, which started in early November, has led many international investors to become even more concerned about the country.
Ethiopia's rise
When Bangladeshi textile company DBL came to Ethiopia two years ago, the African nation was the clothing industry's bright new area. It had a lot of workers and a government that wanted to bring in companies with tax breaks and cheap loans.
Last month, as fighting went on in the northern Tigray region, DBL's compound was hit by an explosion that broke the factory's windows. "All we could do was to pray out loud," said Adbul Waseq, an official at the company, which makes clothes mainly for Swedish clothing company H&M.
It is one of at least three foreign clothes makers to have suspended operations in Tigray. "We could have died," Waseq told Reuters.
Uncertain future
Any concern by investors could create problems for Ethiopia. The country's manufacturing export push is not yet bringing in enough foreign money to pay for its imports or keep up with rising debt costs.
Before the coronavirus health crisis, the International Monetary Fund (IMF) had warned that Ethiopia was at high risk of debt problems. But Abiy's government said that Ethiopia was pushing ahead with reforms that will help build a modern economy.
Ethiopia is a small textiles producer with exports of just $94 million in 2016. In comparison, Vietnam had $29 billion and China $253 billion in the same year, World Bank trade data showed.
Ethiopia's top exports are agricultural, such as coffee, tea, spices, oil seeds, plants and flowers. But the country's push into the textile industry has been a sign of its hope to increase manufacturing.
As fighting neared Tigray's regional capital, Mekelle, textile companies began closing factories and pulling out workers. "It seemed that the conflict was getting closer to the city, and our worry was that we wouldn't be able to leave," said Cristiano Frati to an Italian newspaper. Frati was evacuated from a factory run by Italian company Calzedonia.
DBL has also flown its foreign workers out of Ethiopia. "Everything has become uncertain," its director M.A. Jabbar said. "When will the war end?"
Even before the recent conflict, insurance companies had stopped giving support beyond Ethiopia's northern Amhara area and the federal capital Addis Ababa.
An adviser who works with foreign companies told Reuters, "Ethiopia is not a pretty picture right now."
I'm John Russell.

The new tax laws should act as a stimulus to exports.
新税法应该能促进出口3SrHafU*CXjWP%3。

She gave false information to the insurance company.
她向保险公司提供了不真实的资料g;E|*~Ijf)debVSdu。

There's a glut of agricultural products in Western Europe.
西欧的农产品供过于求UEgvrS9LuY。

The main purpose of industry is to create wealth.
工业的主要宗旨是创造财富wBMu|JiW9C],P7。

6.Ethiopia is not a pretty picture right now. 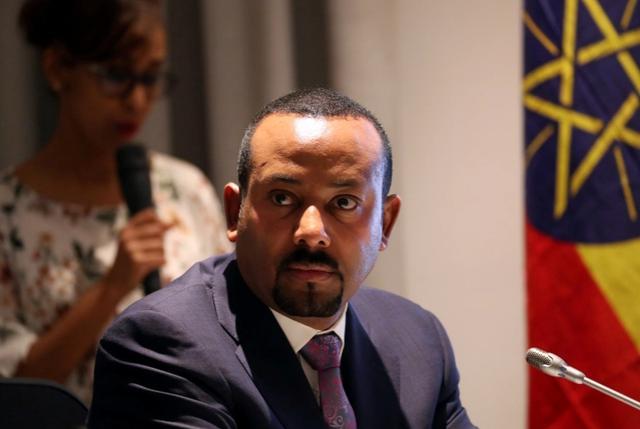