Buckle up you all because we're taking a ride on a rollercoaster called the U.S. economy and where it's headed nobody knows. Here's the good news. The U.S. Commerce Department says between July and September, the economy grew a lot. The biggest measure of economic activity is the nation's growth domestic product, the total value of the goods and services the country produces, and the government says America's GDP grew by 7.4 percent in the summer months. That's a record. Never since the government started keeping track of the GDP in 1947 has the economy grown that much in a single quarter.
And that growth came at a faster rate than economists had predicted. A major factor in this was the lifting of the lockdowns. When businesses and retail stores were allowed to open their doors again after the mandatory closures of the Spring, that had the goal of slowing the spread of coronavirus. So, what's the bad news? Well virus cases in most states are on the rise. Economic analysts are concerned that could put a drag on the economy once again. When comparing the number of jobs in America, the Labor Department says there were 10.7 million fewer jobs in September than there were in February. And even though America's GDP grew by 7.4 percent in the summer, it had dropped by 9 percent in the Spring. 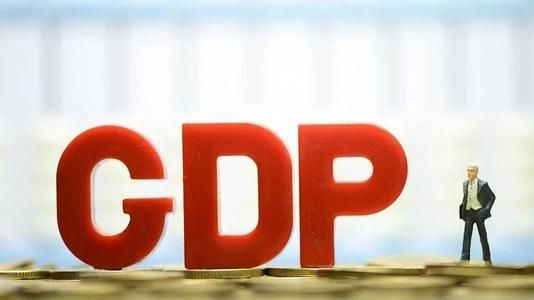 So, the economy still has ways to go to get back to how things were before the virus struck and the future is hard to predict for several reasons.
One, there's an election coming up in four days. We don't know how it will shape the government's economic plans moving forward. Two, COVID-19 hasn't gone away. We don't know if or how it will impact consumer spending moving forward. Three, France just imposed another national lockdown through the end of November. Similar to what Germany did earlier this week. Could that happen again in the United States? All of these are events that could have a major impact on the future of the economy.

重点讲解：
1. keep track of 跟上…的进展；掌握…的最新消息；
Keep track of tax-deductible expenses, such as the supplies and equipment you buy.
记下可减免课税的开支，比如买的原料和设备Og@kyfZ|oYxTxa。
2. once again 又一次；再次；
Once again, his quick wits got him out of an awkward situation.
他的急智使他再次摆脱了窘境~EY&2(jN0QPCjwM。
3. get back to 恢复（原来的状态）；
Then life started to get back to normal.
随后生活又恢复了正常1#BkhR1e=ZMPcX8_h。
4. come up 即将发生；即将到来；
Plan your activities so that you are rested and refreshed when something important is coming up.
做好日常规划，这样一旦发生大事，才能够从容不迫YiU,&%OCm*()H(S,0[P。