BBC News. Hello, this is Jerry Smit. An Iranian security chief says the country's Intelligence services knew about a plot to assassinate a top nuclear scientist, but they were still unable to save him. Iran has blamed Israel for Friday's killing of Mohsen Fakhrizadeh. Alan Johnston reports. This assassination was a major humiliation for Iran. Its enemies managed to target and kill a key figure in the heart of the country. Now, a security chief, Ali Shamkhani, has conceded that Iranian agents knew there was a plan to assassinate the scientist. They even knew where the attack might come. But Mr. Shamkhani said the intelligence services still couldn't thwart it because the killers use such new and sophisticated methods. He said the killing had involved electronic equipment and that no assassins were present at the scene.

Four French police officers accused of beating up a black music producer last week have been put under formal investigation. A judge will look at allegations that the officers racially abused him, which they deny. 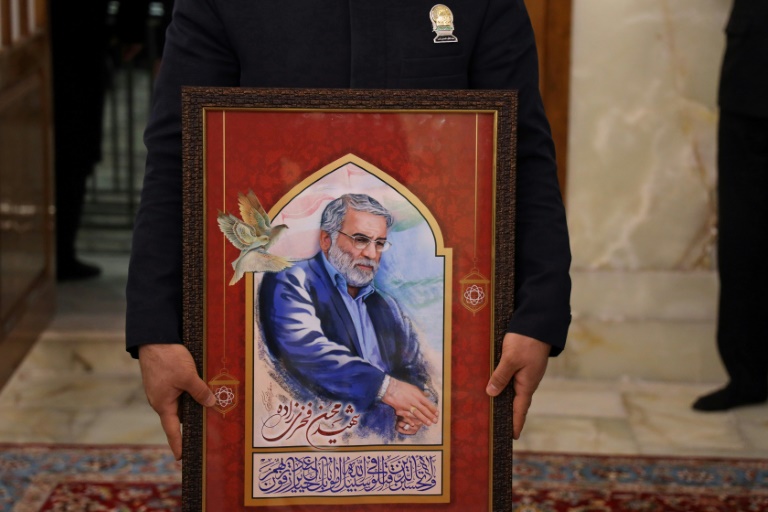 The leader of the TPLF forces in Ethiopia's Tigray region says his troops are still fighting against the military near the city Michelle, which was seized by government troops over the weekend. The TPLF also says it's re-taken Axum city. The federal government has denied this. Ethiopia's Prime Minister Abiy Ahmed has accused the TPLF of being behind more than 100 ethnic and religious conflicts over the last two years. Like any other claims that we've been hearing the past four months, that's one of those things that we cannot independently confirm. But both sides, the federal government and the TPLF have been accusing each other of killing civilians. And now the prime minister in his address today, saying that his troops have not killed a single civilian. And he was also saying that the troops have conducted airstrikes and registered 99% efficiency in terms of hitting their target without collateral damage.

Defense officials in Afghanistan say they've killed the man suspected of planning the vehicle bomb attack in Ghazni province on Sunday, in which at least 30 members of the security forces died. Officials said the suspected militant was hit in a targeted air strike on a village. The incoming president of Moldova, Maia Sandu, has called for the withdrawal of Russian troops from the breakaway territory of Transnistria. In her first news conference as president-elect, Ms. Sandu said the Operational Group of Russian Forces never had permission to be on Moldovan territory. Moldova regards the OGRF as the descendants of the Russian forces that sided with Russian speaking separatists after the breakup of the Soviet Union. BBC News.

1.Four French police officers accused of beating up a black music producer last week have been put under formal investigation.

The cause of the crash was under investigation.
事故原因正在调查中9kl*4taf-6&Yf~5%57Y。

2.And he was also saying that the troops have conducted airstrikes and registered 99% efficiency in terms of hitting their target without collateral damage.

In terms of extra staff ─ how many will we need?
就额外的员工来说，我们需要多少人？

3.Four French police officers accused of beating up a black music producer last week have been put under formal investigation.

Some violent men beat up their sons, until the boys are strong enough to hit back
一些粗暴的人对自己的儿子大打出手，直到他们有了还手之力才肯罢休-8-!cx|1;(^698_c。