When it was signed in 1787, the U.S. Constitution didn't lay out specifics on citizen voting. It left decisions about that up to the states but it also left the door open for Congress to make laws about voting. In practice, the right to go to the polls was originally limited to white men over age 21 and they were supposed to own land as well.
But in 1868, the 14th Amendment was ratified. It extended citizenship and voting rights to all men born in America as long as they were 21. And the 15th Amendment ratified in 1870 specifically protected the right of citizens to vote regardless of their race.
There was still discrimination at the polls like poll taxes and literacy tests that prevented many African Americans from voting. Meanwhile, the right of women to vote wasn't constitutionally protected until 1920. Before that, they could only go to the polls in certain states but the 19th Amendment guaranteed women's voting rights in all states. 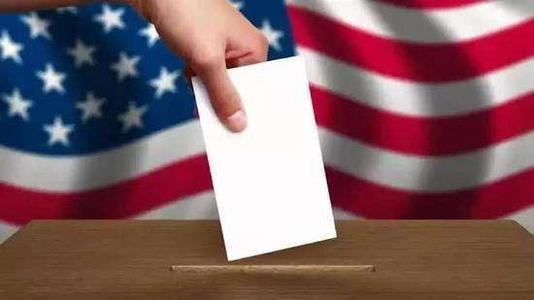 Poll taxes were abolished by the ratification of the 24th Amendment in 1964 and the Voting Rights Act, a Federal law passed the next year abolished literacy tests. So this helped ensure Americans would have the right to vote re﻿gardless of their race, religion or level of education. But they still had to be at least 21 years old until 1971.
That's the year the 26th Amendment was passed and that's the amendment that protected the right of 18-year-olds to vote. Historically speaking, turnout by America's younger voters has been lower than it has been by older groups. But this year, there are indications that voters between 18 and 29 years old are casting significantly more ballots than they did in 2016 at least as far as early voting is concerned.

重点讲解：
1. lay out 阐述；讲解；说明；
Maxwell listened closely as Johnson laid out his plan.
马克斯韦尔仔细听着约翰逊讲解其计划sQC)ajdbB04^iQz(w~,g。
2. as long as 只要；
As long as you have your health, nothing else matters.
只要身体健康，其他任何事都无关紧要!W2jG9FMpB-|-%。
3. regardless of 不顾；不管；不论；
It takes in anybody regardless of religion, colour, or creed.
任何人，不论宗教、肤色或信仰，都可以加入e;hP8lBp_[。
4. as far as sth. is concerned 就…而言，说到(用于表明所谈论的话题)；
As far as starting a family is concerned, the trend is for women having their children later in life.
在要孩子方面，目前的趋势是女性要孩子要得比较晚pQbF5+i7cZf。