One of the world’s greatest footballer Diego Maradona has died aged 60. The Argentine superstar is understood to have suffered a heart attack at his home. Maradona had long struggled with the substance abuse and ill heath but said playing football always gave him great joy and was like touching the sky with your hands. Argentina has declared 3 days of mourning. One of Maradona’s former clubs Naples said his death was a devastating blow. Brazil’s football legend Pele said he felt sure that one day they would both kick a ball together up in the sky. 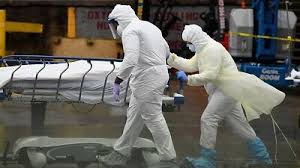 The US President-elect Joe Biden has called on Americans to redouble their efforts against coronavirus. Speaking on the eve of Thanksgiving, he urged people to remember that they were at war with the virus, not with each other.

Figures from John Hopkins University in the United States showed that more than 60 million cases of coronavirus had been detected worldwide. At least 1,415,000 people have died.

Iranian television has announced the release of a British-Australian academic Kylie Moore-Gilbert, who spent 2 years in detention on spying charges. It’s said she was freed as a swap for 3 Iranians jailed abroad.

A British foreign office minister has resigned after the Chancellor of the Exchequer Rishi Sunak announced a cut in overseas aid. The minister Baroness Sugg called the decision fundamentally wrong. The Archbishop of Canterbury called it shameful.

Cyclone Nivar has made landfall on the Indian state of Tamil Nadu with torrential downpours in coastal areas. It’s bringing wind up to 120 kilometers an hour.

1. One of Maradona’s former clubs Naples said his death was a devastating blow.

It will be a devastating blow to the local community if the factory closes.

2. Speaking on the eve of Thanksgiving, he urged people to remember that they were at war with the virus, not with each other.

on the eve of 在…的前夕

At Christmas the visitors began their circuit of dropping in on the eve of the feast day.