Joining us now, former Mayor Pete Buttigieg, a member of the Biden transition team. Mayor, congratulations and welcome back to "FOX News Sunday". Thank you. Good to be back with you. So, the president-elect claims that the American people gave him a, quote, mandate for action, but the fact is that there is still a likelihood that there is going to be a blue -- rather, a Republican Senate. There certainly was no blue wave in the Senate and House Democrats holding onto an even slimmer majority in the House. So the question is, what mandate? Well, I think he has a mandate to deliver on the winning campaign agenda that the Biden-Harris ticket offered the country. This not only earned the support of a majority of Americans who voted for him to be the next president, but also, we should remember that those who supported him and a remarkable number of President Trump supporters support the agenda that Joe Biden is gonna lead our country forward with. In other words, the idea of getting serious on COVID and having a science-led approach, which is already underway on. The idea of raising wages and protecting workers, and making sure corporations and the wealthy pay their fair share in taxes, taking climate seriously, doing something about racial justice. As we look forward, whether we have divided government or not, I know this, what Joe Biden wants for the country is what most Americans believe is right for the country, and that I think is where the real propulsion of his administration will be, just as it's been the propulsion of the campaign and led to this win. 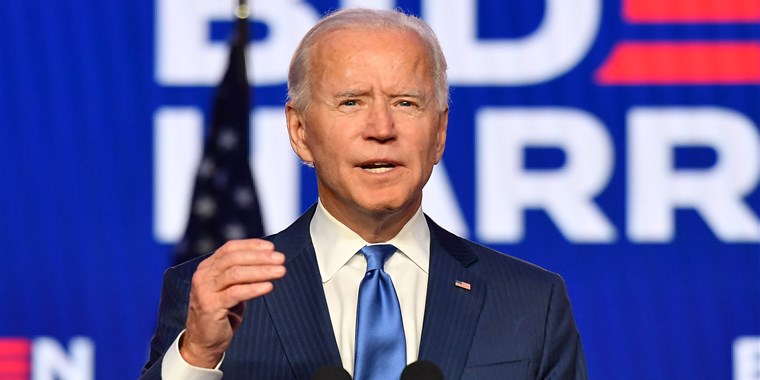 Let's -- let's talk about some of his top priorities. The president-elect says that he will announce a new coronavirus task force on Monday, first announcement that he is going to make. Given that we are having a huge, serious spike in coronavirus cases around the country, over 100,000 a day -- I understand he is the president-elect, but he is the head of the Democratic Party. Will Joe Biden work with Congress, the lame duck session, to try to do something about the coronavirus, or will he wait until he is formally sworn in as president in January? Well, he will decide on the right course of action, but I think there's a sense of urgency throughout. We know that every day is bringing more loss, more pain, and more danger to the American people, and it's why he's not waiting until he's taking office to begin immediately assembling people who have the right kind of expertise and planning to actually listen to them. And I think that will be guiding throughout this transition period, the decisions that he makes.