Australia Wildfires Investigation Calls for Climate Risk Assessment
Wildfires destroyed large parts of southeast Australia during the second half of 2019 and early in 2020. Late last week, Australian investigators released an official report on the fires. The investigators for greater efforts to predict the effects of climate change on the country. The report noted that fire behavior was becoming more extreme.
The Royal Commission into National Natural Disaster Arrangements began studying the fires in February.
The fire season was so destructive that it is now known as Black Summer. The fires killed at least 33 people, destroyed more than 3,000 homes and burned 19 million hectares. Thousands of people were forced to leave affected areas.
The Royal Commission said the smoke that covered much of the country, including major Australian cities, was partly to blame for hundreds of deaths.
The commission's 578-page report made 80 suggestions. They include greater sharing of information across Australia on climate and disaster risks.
The report said federal and state governments should make climate projections and agree on trajectories and timelines for likely climate change. It called on states to create fire maps that are shared nationally. Without this cooperation, the report said, it is "difficult to measure risk at a national scale."
These measures will "improve the ability to predict or estimate the likelihood of extreme" wildfires, the report said.
Mark Howden is a professor at the Australian National University's Climate Change Institute. He said the fire risk in some areas was a result of both fuel loads and climate. A fuel load is the amount of dead wood that can easily burn.
Climate models were "a guide to future change and risk, but it's very clear across Australia that that change in risk is upward," Howden said. "So, it's a question...how quickly and how much that fire danger increases."
Lawmakers in Australia's government have argued against the effect of climate change on the fire emergency. Some said the fires were set by arsonists.
The report also said there was no question that more climate change is likely over the next 20 years. It also said the number of floods and fires will increase.
Former New South Wales state Fire and Rescue Commissioner Greg Mullins agreed with the report's look at climate change.
"The main point made in this report is that the Black Summer bushfires would not have happened if not for the effects of climate change and a warming planet," he said.
The report also recommended that Australia develop its own aerial firefighting abilities and send water bombers to where they are needed most. The country now brings in firefighting airplanes from the Northern Hemisphere during its fire season. But, as a result of climate change, fire seasons in the two hemispheres often happen at the same time now.
The report said that the prime minister should be given new legal power to declare a state of emergency. This, it said, would make it easier for the federal government to act during the wildfire season.
I'm Susan Shand.

People will criticize you for rescuing the arsonist.
人们会批评你救了纵火犯,kYGmiQY8pDyRlq2o30y。

He lauded the work of the UN High Commissioner for Refugees.
他高度赞扬了联合国难民事务高级专员的工作W~BUO[;#j[@DPpZ*=。

They say God spoke to them and told them to go on a mission to the poorest country in the Western Hemisphere.
他们说上帝让他们去西半球最贫困的国家传播教义Br@ya2p_F=hk#dYZyW0。

5.But, as a result of climate change, fire seasons in the two hemispheres often happen at the same time now.

I was afraid of her, but at the same time I really liked her.
我害怕她，但同时也确实喜欢她=%mCHqy,8b]IC。
It's impossible to get everybody together at the same time.
让所有人同时聚在一起是不可能的;NVnFgjXB4]f@q]]S。

6.But, as a result of climate change, fire seasons in the two hemispheres often happen at the same time now.

as a result of 由于

Millions of people are threatened with starvation as a result of drought and poor harvests.
几百万人因干旱和歉收而受到饥饿的威胁W=pklYjt)a_r#[-EeAV。
None of the banks changed their posture on the deal as a result of the inquiry.
没有一家银行因为这次调查而对该交易改变立场ecA7riwja67&1w。 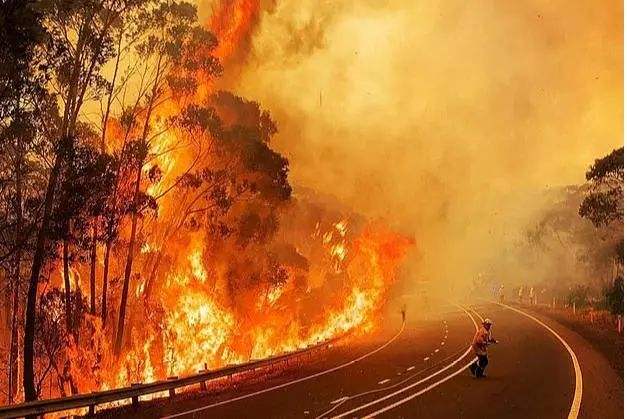