Attack on Afghan University Leaves at Least 22 Dead
Islamic State militants attacked Kabul University on Monday as it held a book fair attended by the Iranian ambassador. The attack led to an hours-long gun battle at the largest school in Afghanistan. When the fighting stopped, at least 22 people were dead, and 22 others wounded. Most of those who died were students.
The Islamic State group claimed responsibility for the attack. That information comes from the SITE Intelligence Group, which studies online messaging from groups suspected of terrorist acts.
During the attack, students and teachers were seen fleeing the area around Kabul University's law and journalism schools. Afghan special forces surrounded the grounds of the school, leading teachers and students to safety.
Things quieted as the sun set over the Afghan capital. An Interior Ministry spokesman said three attackers were involved in the raid, and that all three were killed.
The Islamic State, or IS, said it targeted newly graduated "judges and investigators belonging to the apostate Afghan government."
An IS statement claimed only two of its fighters were involved, which conflicted with the Afghan spokesman's report of three attackers. The group did not say they planned to target the Iranian official or the book fair.
It was the second attack on an educational institution in Kabul in two weeks. On October 24, IS claimed responsibility for attacking a learning center in Dasht-e-Barchi, a mostly Shiite neighborhood of Kabul. At least 24 students were killed in that attack. Over 100 others were wounded.
Five hours into the fighting on Monday, explosions and automatic weapons could be heard down the empty streets surrounding the university's fenced grounds. Afghan troops stood guard.
Ahmad Samim, a university student, told reporters he saw militants armed with pistols and Kalashnikov assault weapons firing at the school.
Afghan media reported that a book fair was being held at the university. Several high-level officials were attending the event at the time of the shooting. None of them were reportedly hurt.
Afghan officials refused to comment on the book fair. But Iran's semiofficial ISNA news agency reported Sunday that Iranian Ambassador Bahador Aminian and cultural representative Mojtaba Noroozi were to open the event. More than 40 Iranian publishers were to take part. Iranian state television reported that the attack took place, but did not offer information on the Iranian officials.
Iranian diplomats have been targeted in Afghanistan in the past. The incidents dangerously increased tensions between the two countries. In 1998, Iran held the Taliban responsible for the deaths of nine Iranian diplomats working in its consulate in northern Afghanistan. Iran sent military reinforcements to its 950-kilometer-long border with Afghanistan.
The IS-allied group in Afghanistan has declared war on the country's minority Shiite Muslims and claimed responsibility for many attacks since 2014. An attack earlier this year on a Kabul maternity hospital — also in the Dasht-e-Barchi neighborhood — was blamed on the Islamic State group. In that attack, militants killed 25 people, many of them newborn babies and mothers.
Schools have also been targeted in past attacks. Last year, a bombing just outside of Kabul University killed eight people. In 2016, gunmen attacked the American University in Kabul, killing 13.
I'm Ashley Thompson.

We have viewed the video recording of the incident.
我们看过了该事件的录像Z&cbD&KK=XH。

Only about a third of the reinforcements will be regular troops.
增援部队中仅有约1/3是常备军~L3Wy|3cOnYwlmM。

We were accused of being militant left-wingers.
我们被人指责是好战的左翼分子+PXSB[#-XuFS93g(。

The ambassador appealed for a change in U.S. policy.
该大使呼吁美国政策的变革iK3eMe#[+gbf#V0y。

5.More than 40 Iranian publishers were to take part.

We had the devil's own job to persuade him to take part.
我们说服他参加可费了一番周折![qL%4|qW5t__;。
We would appreciate confirmation of your refusal of our invitation to take part.
若您确认拒绝我们的邀请不能参加，我们将感激不尽C.q6e0|9q8o。

6.At least 24 students were killed in that attack.

He's been away for at least a week.
他走了总有一个星期吧#xIifyJ!jMX。
I hope at least my daughter was able to offer you some useful pointers.
我希望至少我的女儿为你提供了一些有用的建议p!+iT[tc[Ti6#ed0。 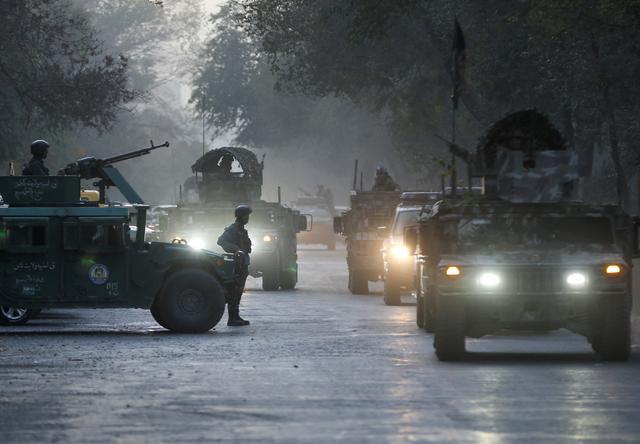