Even Without Arms, Pakistani Man Is Skilled Snooker Player
A Pakistani man who was born without arms has developed into a highly skilled snooker player.
In the game of snooker, players traditionally use long sticks to hit colored balls into holes at the end of a table. But Muhammad Ikram has learned a different method. He uses his chin to hit the balls into the holes.
The 32-year-old lives in Samundri, a rural town in Pakistan's Punjab province. He has spent eight years perfecting his game and says he is not afraid to take on any players.
"I have met very good snooker players who tell me I am a real genius, that I can bring great fame to Pakistan," he told Reuters Television.
Muhammad Ikram is one of nine children. He did not receive an education and his family faced struggles meeting basic needs.
Growing up, Ikram spent much of his time watching people play snooker, a game no one dreamed he could ever play. He says he does not remember exactly how the idea of playing struck him. But at some point, he started practicing the game in secret.
"He would eagerly watch the other boys play. He would keep wishing he also had arms so he could play like them," said his mother, Razia Bibi. "Then he started using his chin."
Mian Usman Ahmed is co-owner of the Cuemaster Snooker Club. He says Ikram won several prizes in local competitions over the past two years.
"He would come to the club and ask that he be allowed to play. We would look at his arms and feel he was unable to," Ahmed said. "He insisted we allow him to ... prove himself. When he did that, we saw he was actually very good."
Ikram says many people like his undying spirit. Some eateries even permit him to eat their food for free, with waiters volunteering to feed him.
He told Reuters, "God has not given me arms, but he has given me courage. And I have used that spirit to fulfill my ambition."
When asked what he would say to others with physical disabilities, Ikram said "no one should lose hope." He added that he would one day like to compete at the international level, hopefully with government support.
Pakistani government records show that the country has 3.3 million people with disabilities. But some studies have estimated the actual number could be as high as 13 percent of the population.
I'm Bryan Lynn.

Even when I was young I never had any ambition.
即使是年轻时，我也从没有什么雄心壮志Dl*IK6~p!b7o0pgP。

Our country has a large population, vast territory and abundant resources.
我国人口众多，地大物博nPId(h[39eG*!ar。

She was a very brave girl and everyone who knew her admired her spirit.
她是个非常勇敢的女孩，认识她的人都敬佩她的勇气oqG!Ocp!2HS4P*KDOV%。

5.But at some point, he started practicing the game in secret.

Andrews had stashed money away in secret offshore bank accounts.
安德鲁斯已经将钱存到了秘密的海外银行账户中TTlXpeJ8eU,C2EkPR。
Dan found out that I had been meeting my ex-boyfriend in secret.
丹发现我一直在跟前男友偷偷见面xS86WW+ngH,1fSUB。

6.But at some point, he started practicing the game in secret.

We're all going to die at some point.
我们都将在某个时间死去.P=7#Q5mSJGoh7。
The emotions will surface at some point in life.
各种情绪都会在生活中的某个时刻流露出来)e!L]U)8i*8xF!)_!。 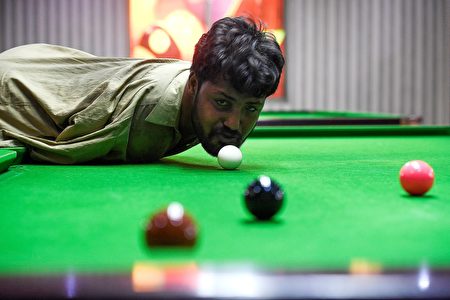