BBC News. I'm John Shea. There's been a serious escalation in clashes between Azerbaijan and Armenia over the disputed territory of Nagorno Karabakh. The Azeri Defense Ministry says Armenian forces hit the city of Ganja in a missile attack that killed at least one civilian. Rayhan Demytrie reports. Video footage shared by an advisor to Azerbaijan president showed scenes of smoke rising from damaged buildings in Azerbaijan's second city of Ganja. Earlier, the head of Armenian-controlled Nagorno Karabakh warned that they would strike back against Azerbaijan in retaliation for the heavy bombardment of Stepanakert, the regional capital of Karabakh that continued through the night into this morning. Footage from Stepanakert shows serious damage to buildings from rocket attacks with vehicles on fire in the streets.

President Trump has said the next few days will be the real test as he continues his treatment for COVID-19 at a hospital near Washington. Mr. Trump, who was given oxygen before being admitted, said in a video he was feeling a lot better. Here's our reporter Gareth Barlow. I think it's really notable in this video, he's far, far less bombastic than usual as a very personal tone to this. And I think we look back to how he was on Tuesday during that very bullish performance with Joe Biden during the presidential debate，he is a very different man in this video that was recorded on Saturday night. 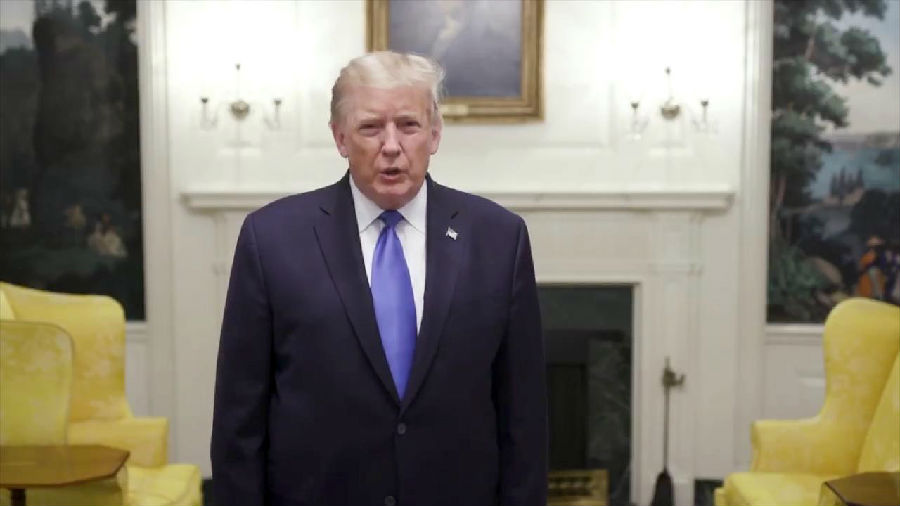 Pope Francis has laid out his vision of a post-COVID world in an extended letter to catholic clergy. The encyclical entitled for Fratelli tutti or Brethren all calls for a better kind of politics removed from populism. David Willey reports from Rome. It's the Vatican's equivalent of a major book launch. In a new encyclical letter, the highest form of people teaching, Pope Francis pays homage to ideas first expressed by his chosen namesake, saint Francis of Assisi 800 years ago. We are all brothers and sisters, Pope Francis insists. And global problems of war, migration, pandemic and poverty demand global solutions, he says. The world's peoples, whatever their religion, must now act like good neighbors, overcoming prejudices, personal interests, and historical and cultural barriers.

The French prime minister Jean Castex has sent in the army and released emergency funds to tackle the worst floods for decades in southeast France, He has expressed grave concern about the fate of 18 people who are listed as missing. Two others were earlier confirmed dead. In northern Italy, at least two people have died as six months of rain fell in a few hours, beating a record set in 1958. This is the latest world news from the BBC.

1.Earlier, the head of Armenian-controlled Nagorno Karabakh warned that they would strike back against Azerbaijan in retaliation for the heavy bombardment of Stepanakert.

The shooting may have been in retaliation for the arrest of the terrorist suspects.
枪击事件可能是对逮捕嫌疑恐怖分子进行的报复行动+iM^PDM3w#)DG。

2.The encyclical entitled for Fratelli tutti or Brethren all calls for a better kind of politics removed from populism.

Genius is but one remove from insanity.
天才与疯狂之间只有毫厘之差)ye)KMe;xFS)^,。

I went to pay horror to him as soon as I was able.
我会尽早向他表示敬意Fq*X+Stxlv%5knLVd.)4。