More South Koreans Do 'Staycations'
At this time last year, Yoon Seok-min, his wife Kim Hyo-jung and their two children traveled to the Philippines, Vietnam, and Guam. They were considering a trip to the Hawaiian Islands this year.
Since the coronavirus health crisis began, Yoon and Kim's family, like other South Koreans, have turned to a new kind of vacation: a "staycation."
"Staycation" is a term that suggests a vacation while staying at or near one's home. Some people do "staycations" by changing their homes into their favorite holiday stops.
Kim and Yoon live in Yongin city, south of Seoul. Their five-bedroom apartment has small palm trees. The chairs and other furniture are made from rattan, a climbing palm grown in tropical countries.
Kim and Yoon have created the breezy feel of the tropics in each room. Their bedroom looks like something one might see at a resort hotel on the Indonesian island of Bali. The living room has things you might find in Hawaii.
"Since we can't travel abroad for some time because of the coronavirus, we tried to bring those vacation spots to our home," Kim said.
Yoon and Kim's complex home improvement project cost them at least $67,000.
But they are not alone in investing in their home, as social distancing forces many people indoors.
Hanssem Corporation is the largest home furnishing company in South Korea. The company says the number of houses it has refurbished between April and June of 2020 tripled from a year earlier.
Camping at home
Another kind of "staycation" has also become popular in South Korea. It is "home-camping."
Home-camping is a term that means that people set up camping equipment at home - just as they would in the woods or at the beach.
Che Min-hee and her husband changed their Seoul apartment into an indoor campsite after a rise in coronavirus cases and two months of heavy rain.
On a day not too long ago, Che and her husband, Lee Seung-yoon, sat on folding chairs and cooked food on a small stove. Behind them, the television was showing a campfire video. This is their second weekend home-camping trip.
"We were supposed to go on a week-long trip to New York this summer, which we cancelled due to the ... coronavirus outbreak," said Che. "Instead we spent that money on camping gear, which cost us" around $8,400.
South Koreans are normally among the top ten spenders on international travel, according to the World Bank. Because of the outbreak, some people are buying camping equipment to make up for missed vacations.
South Korea's E-Mart Incorporated reports that sales of camping equipment from April to mid-July increased 51.6 percent compared to last year.
South Korean officials recently asked people to avoid leaving home and to cancel any unnecessary trips. The government is considering stronger social distancing rules.
Lee says he fears these moves mean home-camping is the safest summer vacation this year.
His 7-year-old son Lee Ji-sung is thinking about ways to be even more creative.
"My friends seem to be just playing games, but it's really nice that our family is doing something special," the boy said.
"I think it would also be good if we can draw trees on the wall."
I'm John Russell.

Did you have a lot of reading during the vacation?
放假期间你读了很多书吗？

There appears to be another outbreak of sickness among seals in the North Sea.
看来北海的海豹又要爆发另一场疾病了X!TkEaVbK-g。

The equipment is of our own manufacture.
这设备是我们自己制造的LX22TfJJ|T_。

There are many inconveniences that you have to put up with when you are camping.
你在露营时必须克服许多不便=%uW*!]LJK^5UH。

5.Because of the outbreak, some people are buying camping equipment to make up for missed vacations.

He had invented an imaginary son, in order to make up for his real son's failings.
为了弥补现实中儿子的不足之处，他就想象出了一个儿子kBwv40w6#MOs。
Her beauty can't make up for her stupidity.
她的美丽不能弥补她的愚蠢ol_j6n|+5*ENxqR。

6.South Koreans are normally among the top ten spenders on international travel, according to the World Bank. 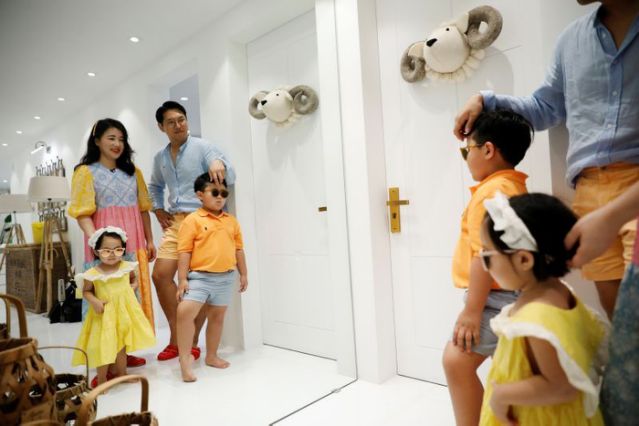