A teenager in the United States has been charged with the murder of two people who were shot dead during another night of arrest on Tuesday in the city of Kenosha. The 17-year-old is from the neighboring state of Illinois. Donald Trump has said he’ll send federal officers to restore order.

The NBA has announced that it’s postponed three play-off basketball matches after one of the teams announced the boycott in protests of the police shooting of a black man in Kenosha.

People living in the US coastal regions of Texas and Louisiana have been warned to leave or face death as Hurricane Laura approaches. It’s forecast to bring a storm surge which officials have called unsurvivable. 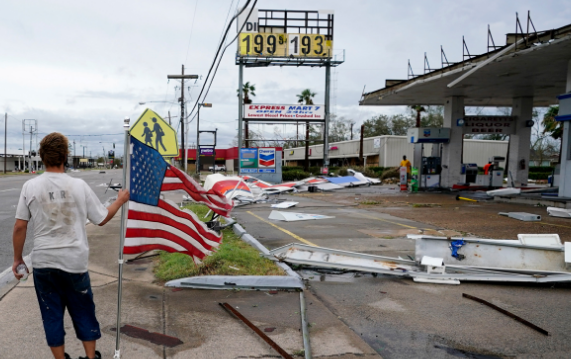 The European Union trade commissioner Phil Hogan has resigned in response to allegations that he breached Ireland’s coronavirus restrictions. He’s offered what he called a heartfelt apology for not adhering more closely to the guidelines.

The former Bosnian Serb commander Ratko Mladic has launched a rambling attack on the UN tribunal in the Hague. He was speaking at the end of an appeal against his conviction for genocide and crimes against humanity.

The Israeli Prime Minister Benjamin Netanyahu has described the killing of a rabbi on Wednesday as a terrorist attack. He said the home of a Palestinian suspect who was arrested at the scene in Petah Tikva would be demolished.

The Saudi authorities are reported to have detained another relative of the senior former intelligence figure Saad al-Jabri, who is living in exile in Canada. Mr. Jabri’s family says his son in law has been arrested.

The annual International Booker Prize for a literary work translated into English has been won by a debut novelist. The judges described ''The Discomfort of Evening'' by Marieke Lucas Rijneveld as tender and visceral.

1.The NBA has announced that it's postponed three playoff basketball matches after one of the teams announced the boycott in protests of the police shooting of a black man in Kenosha.

The game is postponed because of rain.
比赛因雨延期;P.Ln#|lm]8E。

2.The European Union trade commissioner Phil Hogan has resigned in response to allegations that he breached Ireland's coronavirus restrictions.