Russian Dissident Hospitalized in Germany After Suspected Poisoning
German officials say Russian dissident Alexei Navalny is being held under guard at a Berlin hospital while recovering from a suspected poisoning.
Navalny is an opposition leader, corruption investigator and strong critic of Russian President Vladimir Putin.
He got sick last Thursday on a plane flying to Moscow from Siberia, where he had been campaigning. The plane made an emergency landing in the Siberian city of Omsk, where Navalny was hospitalized. He was flown to Germany for treatment on Saturday.
Supporters of the 44-year-old dissident believe he drank tea that contained poison. They blame the Russian government for his sickness, as well as a delay in transporting him to Germany. German Chancellor Angela Merkel had personally offered the country's assistance.
Berlin's Charité hospital said in a statement Monday that Navalny "is being treated in intensive care and remains in a medically induced coma." The hospital said his condition is "serious" but not "life-threatening."
The team of doctors who have examined Navalny since his arrival on Saturday had found the presence of "cholinesterase inhibitors" in his system, the statement said. Cholinesterase inhibitors are substances found in several drugs, but also in some pesticides and nerve agents. The doctors said they had not yet identified the exact substance found in Navalny's system.
Merkel is calling on Russian officials to carry a full investigation of the poisoning of Navalny. She added, "Those responsible must be identified and held accountable."
Berlin police officers and federal agents were sent to the hospital to provide protection while Navalny receives treatment.
Russians claim no poison found
Russia's government had no immediate comment on the situation. Doctors at the Siberian hospital that first treated Navalny said Monday they had saved his life, but that two laboratory tests found no poisonous substances in his system.
"If we had found some kind of poison that was somehow confirmed then it would have been a lot easier for us," senior doctor Anatoly Kalinichenko told reporters in Omsk.
The hospital's chief doctor, Alexander Murakhovsky, rejected allegations made by Navalny's team that doctors in Omsk had acted together with Russian security services.
Representatives for Navalny called last week for Russia to launch a criminal investigation. As of Monday, Russia's Investigative Committee had not opened a case, a spokeswoman for Navalny said.
Ilya Yashin is an opposition politician in Moscow and a close ally of Navalny. In a video statement, he urged Russian law enforcement to investigate "an attempt at a life of a public figure" and look into the possible involvement of President Putin.
Like many other opposition politicians in Russia, Navalny has been detained by law enforcement and harassed by groups supporting Russia's government. In 2017, he was attacked by several men who threw a chemical in his face that damaged an eye.
Last year, Navalny was rushed to a hospital from jail where he was serving a sentence on charges of violating protest rules. His team also suspected poisoning then. Doctors said he had a severe allergic reaction and sent him back to detention the next day.
I'm Bryan Lynn.

Someone allergic to milk is likely to react to cheese.
对牛奶过敏的人可能对奶酪也有不良反应K.,st-Gn.(A~。

They were protesting soaring prices.
他们抗议物价暴涨@6~[j306Ki。

5.Doctors said he had a severe allergic reaction and sent him back to detention the next day.

Won't you please send back my picture?
你何不把我的相片寄回来-S&[cdbWd06H5M%4Ak%F。
Present your customer with a service survey he can send back to you.
给你的顾客一份他可以寄回的服务问卷)l-0n4e(la。

6.She added, "Those responsible must be identified and held accountable." 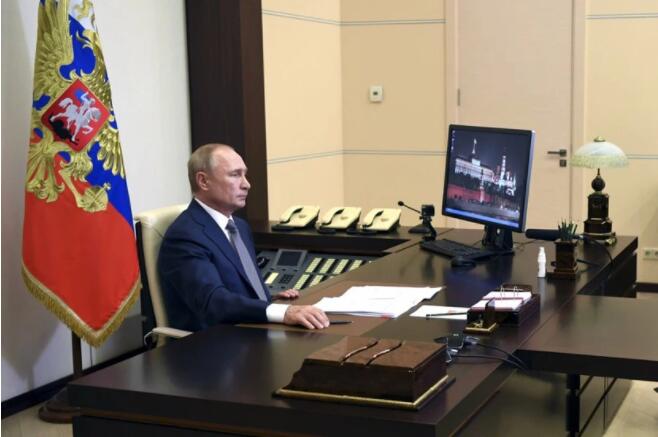