Bedford High School in the state of New Hampshire had to cancel its traditional prom this year because of the coronavirus health crisis.
Most American high school students attend prom - a yearly formal dance – to celebrate the end of the school year.
But as the spread of the coronavirus continues, such events are rarely happening.
So to celebrate in a different way, nearly 100 recent Bedford High School graduates got dressed up last weekend and held their own private prom. It was one of several dances held around the U.S. as education officials continue to debate reopening schools in the fall.
In some places hardest hit by the virus, similar dance plans were canceled. But in New Hampshire, officials permitted the events to go forward, urging organizers and attendees to follow distancing rules meant to slow the spread of the coronavirus.
New Hampshire Governor Chris Sununu said last month, “We’re asking folks to be smart about it, but I’m not going to be the guy in ‘Footloose’ who says, ‘No dancing in my town.’”
“Footloose” is a 1984 film about teenagers who go against the rules of town officials to hold a dance of their own. New Hampshire rules covering places where weddings and other events are held do not ban dancing. But they advise against it unless dancers stay with members of their own household or remain at least 2 meters apart.
In Missouri, Jefferson City High School seniors organized their own prom last month after their first plans got canceled. In Michigan, Chippewa Valley High School parents organized a combined prom, after-party and senior awards ceremony.
But plans to hold private proms were canceled this month in Montana and Georgia because of rising numbers of coronavirus infections. Health officials in Illinois said 10 people linked to an “unofficial prom” held at a home in June later tested positive for the virus.
The Bedford High prom was held last Saturday in a tent at the Stonebridge Country Club in Goffstown. While more than 300 seniors graduated, attendance was limited to 100 people.
Carol Justic’s daughter attended the prom. Justic was there herself as a chaperone, a responsible adult who supervises young people. At first, she said she had concerns about food service and dancing. But she said the chaperones made sure no more than six teens were at each table. And students wore face coverings when entering and leaving the tent.
Justic added, “As a mom it makes you proud and teary because they’re doing the right thing.”
Andrea Gately helped organize the prom for her son and his classmates. She said they were instructed to stand near friends with whom they had arrived or were sitting. However, the students did stand together for a group picture.
Gately noted that prom often represents a “right of passage,” or something that many young people experience. She said the event was also important for “the girls who had always dreamed of going to senior prom and they buy these fabulous dresses, and they don’t have an opportunity to wear them.”
Gately added, “Everyone I’ve talked to is saying, ‘Thank you for doing this for the kids.”
Justic said she did see some criticism on social media, but that most parents were supportive.
But unlike in the movie “Footloose,” there was not much dancing last Saturday. “They were a little nervous, but they also were a little done at that point,” Justic said.
I’m Jonathan Evans.

I very rarely wear a raincoat because I spend most of my time in a car.
我难得穿一次雨衣，因为大部分时间我都是呆在车里MbRQL3@C2slx.z=PL。

He always turns a deaf ear to other people's criticism.
他对别人对他的批评总是听而不闻|9)K^_PMLAeL0!W~yo#h。

Williams felt himself to be senior to all of them.
威廉斯自认为比他们所有人资格都要老^J3jICed4bab1U|+qJ。

The scenery and weather were fabulous.
景色和天气都好极了~X7[F#R+9Ba)mT_。

5.At first, she said she had concerns about food service and dancing.

At first I felt very resentful and angry about losing my job.
起初我对丢掉工作感到非常怨恨和恼怒iuTwy^GJ&hG~H7l。
At first I gave him the benefit of the doubt.
起初，我姑且相信了他%sepb&ijnt0J4。

6.Justic said she did see some criticism on social media, but that most parents were supportive.

We have all witnessed the power of social media.
我们见证了社交媒体的实力6lwZS%Leux。
In my department I have people who build websites and work in social media.
在我管辖的部门里，有人负责建设网站和使用社交媒体工作[d+|zh~!w7+ipd。 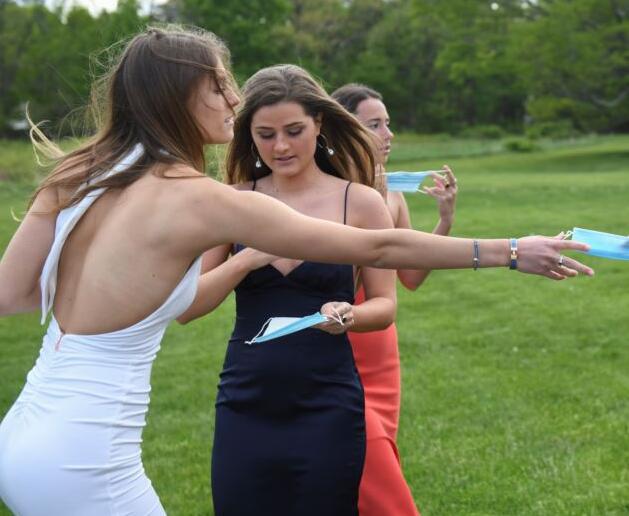