Ugandan Runners Struggle to Train for Tokyo Olympic Games
The coronavirus pandemic has some of the world's top runners struggling to train for the Tokyo Olympics next year. Training areas were closed, and races cancelled, to help protect people from the virus.
In Uganda, runner Halima Nakaayi is doing her best to prepare under the current public health restrictions. She won the gold medal in the 800-meter event at the 2019 World Athletics Championships in Qatar.
Uganda's training areas and sports centers have been closed since March to limit the spread of COVID-19, the disease caused by the coronavirus. So, Nakaayi's only choice is to use the open roads in Kampala, the Ugandan capital.
But the 25-year-old runner said training at home is the least of her worries.
Nakaayi told VOA that because of COVID, "all the races were cancelled. And the worry mostly, being a lady, my time in sports is so short. So, I have to use my body — if it's in position — to deliver good results."
Nakaayi trains with other runners who are also preparing for the Tokyo Games. They are only permitted to train in small groups so as to follow measures aimed at stopping the spread of the virus.
Another Ugandan runner, Winnie Nanyondo, said the coronavirus safety measures and delayed Olympics are on everyone's minds.
She said, "We have to focus; we have to remain in training. Because, next year is the Olympics. This year, there's nothing. Just only diamond leagues..."
The Diamond League is a series of sporting events for the world's top athletes. Most of the competitions have been canceled. However, there is hope one might take place in Monaco this August.
Uganda's National Council of Sports admits the pandemic has made it more difficult for athletes to keep physically fit and interested in training.
Ismail Dhakaba is a spokesman for the council. "It's been very challenging. Because in an Olympic year is when the athletes are most fit," he said.
"Now, without the Diamond League happening, it's a very unfortunate situation, for one reason: that that's where they make most of their money."
Ugandan runners hope that restrictions on international competitions can be lifted as soon as possible.
Nakaayi wants to race at the Diamond League in Monaco in August if COVID-19 is under control by then.
I'm Jonathan Evans.

Apparently he had been unfortunate enough to fall victim to a gang of thugs
他显然不幸落入了一群歹徒之手oWWw.V^SwYH。

He had been one of the game's most versatile athletes.
他是这项运动中技术最全面的运动员之一6A6KY8;97@5ky+Q。

I'm ready to do all those things which are more challenging.
我愿意接受更大的挑战yw(Ee+YM&vzu5thz.A。

5.Nakaayi wants to race at the Diamond League in Monaco in August if COVID-19 is under control by then.

Firemen said they had the blaze under control.
消防队员说他们已经控制住了火势sE*8mysbzTJf9|5Mb,。
Army officers said the situation was under control.
陆军军官称局面已经得到了控制Y%Xdf!GwhG*2(。

6.Nakaayi wants to race at the Diamond League in Monaco in August if COVID-19 is under control by then.

It had been supposed that by then Peter would be married.
人们一直认为到那时彼得应该结婚了(|OmoZW,p_7l;。
The doctor said it will take six weeks and I should be fine by then.
医生说需要6周时间，到那时我就会好了w=2b~Yo=G^sXsfYhH。 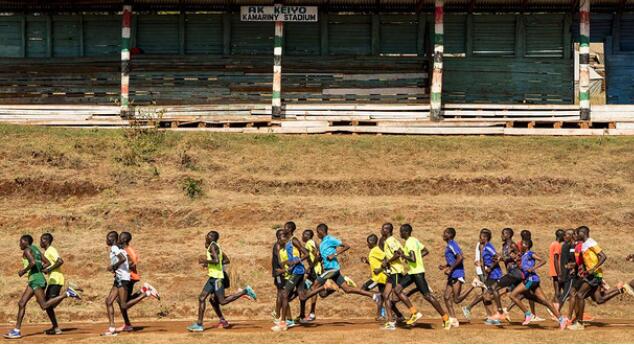