New York Starts Second Step of Reopening
For the first time in three months, New Yorkers will be able to eat at restaurants again—but only at tables outside.
New York City entered the second of four planned phases of reopening on Monday. New York Mayor Bill de Blasio said he considers the step the biggest in terms of economic importance.
In addition, people in New York City will be able to go to stores. They also will be able to get their hair cut and children can go to playgrounds. People also may begin to return to work.
Eighty-nine-year-old Larry Silverstein is pleased.
The developer of the World Trade Center leads Silverstein Properties. He returned to work on Monday along with about one-third of the company's workers. Fewer people in the office means they will be able to keep their distance. And everyone must wear face coverings to prevent the spread of the virus.
Silverstein was pleased to return to work because, he said, teamwork brings "a joy, a fulfillment, such a sense of being able to function."
Some say the coronavirus makes office work more difficult or impossible, but Silverstein disagrees.
"I went through 9/11. I remember people telling me we were never going to be able to get people to come back to lower Manhattan," he said.
He added that he believed New York would come back "bigger and better than before."
But others are not so sure.
Alex Michaels may return to a retail job soon. He worries about coming in contact with the virus when working with the public.
Michaels, who is 30 years old, said he agrees returning to normal is important for the economy. But he worries there could be "a high price to pay."
Eve Gonzalez works in the food industry. The 27-year-old has not returned to work. She believes it is too soon to relax restrictions.
"I'm dying to go out, but people's health is more important," she said.
The new coronavirus is blamed for more than 22,000 deaths in New York City. Officials there say between 200 and 400 new infections are still reported every day.
A city opens up carefully
New Yorkers are now able to dine in outdoor eating areas. That is important for Melba Wilson. She has a restaurant in the Harlem neighborhood. She is also president of the NYC Hospitality Alliance, an industry group. She said, "We talk about being physically distant, which is important, but being socially active is important, as well."
Retailers like Macy's and Saks Fifth Avenue also are reopening with virus-safety measures. For now, face products will not be offered for trial in stores. And clothing that has been tried on will be held for 24 hours before it is returned for possible sale. Face coverings are required.
Kathy Hilt is an area vice president for Macy's. She said the goal is to make people feel at ease and safe.
Many of the city's biggest corporations are still operating remotely. Only about five percent of Citi's 13,300 bank employees in New York City are expected to come back to their offices on July 1, the Associated Press reports.
For many employees, work-from-home agreements remain in place. Companies are expected to carefully move forward with a return to work.
However, the city estimates that 150,000 to 300,000 people will have returned to their workplace on Monday.
William Rogers works in retail, like many others returning to their jobs this week. The 29-year-old said the last three months have not been easy.
"A lot of us have gotten time to reflect on our own lives," Rogers said. "That's one blessing."
I'm Mario Ritter, Jr.

The elevator is not operating properly.
这部电梯运转不正常oz^&jIlFOL1x。

The Japanese never built any aircraft remotely answering to this description.
日本人从未制造过与此描述有丝毫相近的飞机3uNxvv@c_=~zpoOd8&。

He never considers others.
他从不为别人着想,]Da%z[kYf)_mVt%t。

Brucellosis is a worldwide problem of both public health and economic importance.
布氏杆菌病对公共卫生和经济的重要性是世界性的广泛问题LKg(vraOkzh!bfTPq。
The economic importance of the property sector in China is hard to overstate.
在中国，房地产行业的经济重要性是难以用言语去表达的5gX#vNVSo6DSW5i。

They have found that, in terms of both salary and career success, the sky is the limit.
他们发现，就收入和事业成功来讲，多高都有可能的+Ok4iFCAnNP|j|zncd8I。
There is a convergence between capitalist firms and co-operatives in terms of business strategy.
资本主义公司和合作企业在经营战略方面趋于一致@h6*UXKZ|DSKYV@jei。 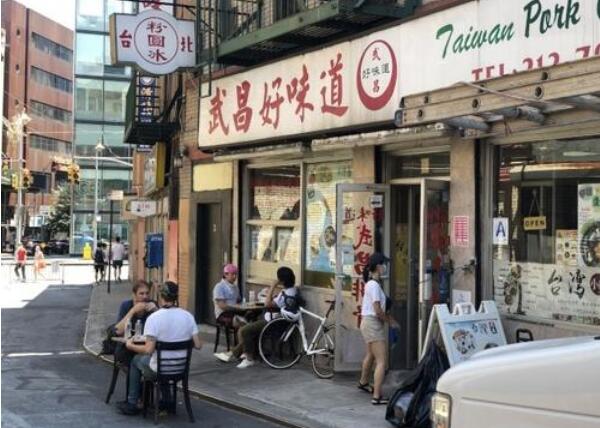