Coronavirus Results in Unexpected Gift to Dutch Museum
A museum facing financial difficulties because of COVID-19 restrictions has received a surprise gift meant to honor people who died of the disease.
The gift is a 16th century artwork by the Dutch painter Bartholomeus Spranger. It is called "Body of Christ Supported by Angels."
The painting is now part of Amsterdam's Rijksmuseum in The Netherlands.
Taco Dibbits, general director at the museum, had long sought to buy the painting to add to its collection. But he missed out on getting the work earlier this year and thought he might not get another chance.
Dibbits felt like he was in the perfect position to buy the oil-on-copper painting in early March at an art sale in the southern Netherlands. "We were standing there with our curators around the painting and saying how wonderful it was," he told The Associated Press.
What the group did not know, however, was that the picture had been sold soon after it arrived at the art sale.
So Dibbits returned to Amsterdam. There, he dealt with the museum's financial losses resulting from the coronavirus health crisis. With visitors no longer permitted, Dibbits said the museum was losing about 1 million euros a week. The money represents a big part of the museum's operating budget.
Dibbits said he was caught by surprise when he got a telephone call from Bob Haboldt, an international dealer and art collector. He owned the painting, and earlier said he had sold it.
Haboldt, a Dutch citizen, explained that the coronavirus crisis had resulted in the sale being canceled. The collector, who lives in France and Italy and has offices in Amsterdam, Paris, and New York, was unable to travel, just like everyone else.
"In isolation, I took the step that I would not think about its financial value," he told the AP in a phone interview from Italy. "Only its emotional value."
Haboldt did not want to say how much the painting could sell for. "It is a big gift, no matter how you look at it," he said. He added that he decided to donate the painting "in memory of the victims of COVID-19, not only those who died but also those who suffered."
The collector said he also hoped his act might lead others to support the arts as well. Haboldt, who is a native of Amsterdam, said he wanted the painting "to go before a very big audience," and the Rijksmuseum seemed like the perfect choice.
The painting itself could be seen to represent both the current times we are experiencing and the future the world is looking to. In it, a dead Jesus Christ is lifted from the ground by three angels and taken skyward.
"The picture represents a big message," Haboldt said. "I hope people will stop in front of it for a moment and realize that although they look at a religious painting, they are looking at something timeless, full of compassion, mercy and hope."
Museums around the world have been struggling during the COVID-19 health crisis. The United Nations Educational, Scientific and Cultural Organization (UNESCO) estimates that one out of eight museums might not survive.
Dibbits said he welcomes Haboldt's act of kindness in the current unsettling environment. "That a dealer decides to donate a work when he doesn't know where his future is going, I think that's something very special," he said.
I'm Bryan Lynn.

He made a brief, unexpected appearance at the office.
他出乎意料地在办公室露了一下脸1PZT@t#G&W。

Elderly people need time and compassion from their physicians.
老年人需要医生多花时间，还需要他们的关爱cvpfw==6Xp)kbL!+,。

I will be deeply grateful to you for your kindness for the rest of my life.
您对我的恩情使我终身铭感pgw]46C7c~n。

5.But he missed out on getting the work earlier this year and thought he might not get another chance.

I missed out on his offer of a free holiday in Spain.
他让我免费到西班牙度假，我却坐失良机wA&WQiRMov]eP4~。
He missed out on a chance to go to college because of his ill health.
他因身体不好，失去了上大学的机会|YLl-;d,3P6fwt。

6.I hope people will stop in front of it for a moment and realize that although they look at a religious painting

We all got out our own sewing and sat in front of the log fire.
我们都把自己的针线活拿出来，坐到了火堆前@#DFAWc42I-fe,=L-。
A number of seats have been arranged in front of the painting.
在这幅油画前摆了一些座位cgPatNd.Ssv3.e&DU。 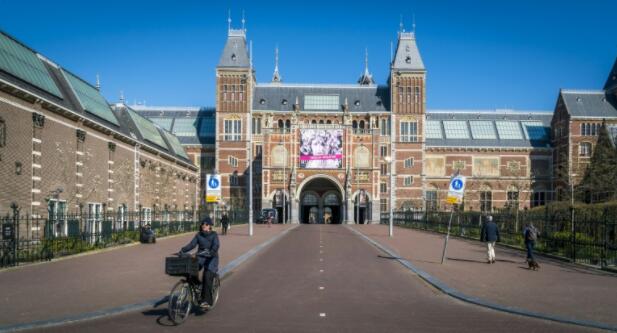