Vanishing Jobs for Young Could Create 'Lockdown Generation’
Until recently, Bashar Ali Naim worked at a small store in Baghdad. He earned about $480 each week.
Three months ago, health officials reported Iraq's first coronavirus cases. Ever since, the young father of two children, has been out of work.
"I am suffering a lot without work...especially when I look at the kids and wonder: How will I provide for them?" he said.
Naim is not alone. The United Nations labor agency reported this week that more than one in every six young workers worldwide have stopped working during the pandemic. It warned that long-term unemployment could create a "lockdown generation" if steps are not taken to ease the crisis.
The International Labor Organization (ILO) looked at the effect of the pandemic on jobs. It says that work hours equal to about 305 million full-time jobs have been lost because of the health crisis. Many young workers face serious economic hardship in the future, it said.
ILO Director-General Guy Ryder warned of the "danger" that young workers, those between the ages of 15 to 28, may face. They include an inability to get training or get accepted for positions that last far into their working careers.
In a study, ILO and its partners found that nearly 17 percent of young workers were no longer working during the pandemic. Young people already had employment problems because of the after-effects of the 2008 economic crisis.
"There is a danger of long-term exclusion," Ryder noted. He added that the psychological damage caused by labor exclusion is well-documented.
Naim said he and his family are living off savings but expect the money to run out in 6 to 7 months.
"I don't know what I'll do after that — the future is a big unknown," he said. "I'm scared of the coming days. God forbid, if there is a health emergency with the family and I don't have enough money for it because I don't have a job, and the government is unable to help."
ILO says governments can help with measures like increasing state support for unemployed workers. It also supports calls for more training as well as COVID-19 testing so workers can return to work safely.
The Middle East is just one of the many areas struggling with COVID-19. But the disease is an issue worldwide.
Sifiso Ditha is a student from Soweto township in South Africa. He worked part-time in construction jobs to pay for school, food, and other necessities. Because of COVID-19, he has lost that job.
"The construction sector was closed during the lockdown, so there was absolutely nothing," Ditha said. Even now, as the restrictions ease, "many projects are either put on hold or they are not taking any more people," he added.
Of those still working, 23 percent have seen their working hours reduced, the ILO said.
"We run the risk of creating a situation...which will have lasting effects," Ryder told an online press conference. "A lot of young people are simply going to be left behind in big numbers.
I'm Susan Shand.

This afternoon the Palestinians held an impromptu press conference.
今天下午巴勒斯坦方面临时召开了记者招待会#s,!pe-Jz4w^sUPRX)。

I have had to pay for repairs to the house.
我不得不支付房屋维修费用0ikVU9c.ysAeb@。

Even now the thought of it agonizes me.
时至今日，回想起来，仍然难过+8r(R~_4MkY。

Officials have eased up on the press restrictions.
官员们已经放松了对新闻界的限制]B8oLqIm2Qz2。

5.Even now, as the restrictions ease, "many projects are either put on hold or they are not taking any more people," he added.

His singing career has been put on hold.
他的歌唱事业已经暂时搁浅!Bj+jw*qXV。
The wedding was put on hold until this past March.
婚礼一直推迟到今年三月才举行EO28(ZpZhx5#YM7ZjF~o。

6.Naim said he and his family are living off savings but expect the money to run out in 6 to 7 months.

Conditions are getting worse and supplies are running outhIhB=6@T!~ev!。
情况越来越糟糕，贮备物资也快用完了jGL.Y.4HXQND。
When the lease ran out the family moved to Campigny.
租约到期后，这家人搬到了坎皮格尼0jfxBYO_TTUtAAH&i@6。 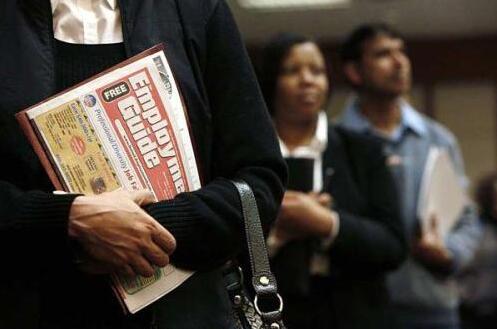