Where Is North Korean Leader Kim Jong Un?
Many people are asking where North Korean leader Kim Jong Un could be. The secretive leader has not been seen in public for more than two weeks. As a result, rumors are spreading about whether something happened to him.
The United States and its allies, including South Korea and Japan, closely watch the health of North Korea's leaders. That is because the country controls nuclear weapons which the government has repeatedly threatened to use.
Some reports say Kim has injured his lower leg. Others say he has kidney problems or that he had an unsuccessful heart operation. Some say he is staying separated to avoid the new coronavirus. There even is a report that he was injured in a failed missile test.
Rumors are also spreading about Kim's current condition. Some reports have said he is in a vegetative state or is dead. Other reports say there is nothing wrong with his health.
Explosion of rumors
The rumors began after Kim Jong Un failed to attend the birthday observance of his grandfather, Kim Il Sung. The day, April 15, is very important in North Korea's culture of respect for and obedience to the ruling family.
After that, The Daily NK, a website based in Seoul, reported that Kim had had a heart operation. It said Kim reportedly was having health problems caused by smoking and his weight.
The same day, the American cable news channel CNN reported that Kim was in "grave danger" after a medical operation.
North Korea remains quiet
North Korea has not answered the rumors. State operated media have said that the leader is carrying out business as usual. But no recent pictures of Kim have been published.
Rachel Minyoung Lee, a North Korea expert based in Seoul, said North Korea's latest actions are not new.
"North Korea does not react to rumors about the leader's health," Lee said.
For example, in 2014, Kim was not seen in public for 41 days. "North Korea did not issue any official reaction at the time, or in 2009 when [Kim's father] Kim Jong Il was out for 51 days," she noted.
Kim reappeared in 2014 using a cane for support. North Korean media said only that he had experienced "discomfort" but did not give details.
Little information available
South Korea has not supported reports about Kim being in poor health. On Monday, South Korean Unification Minister Kim Yeon-Chul said South Korea's intelligence can say there is "no unusual movements" in the North.
An adviser to South Korean President Moon Jae-in recently said, "Kim Jong Un is alive and well. He has been in the Wonsan area since April 13."
Satellite pictures from last week showed that Kim Jong Un's special train was in the Wonsan area.
Additional reports say there has been an increase in the buying of cleaning supplies and imported foods in North Korea. The increase began on April 20, a person in the North Korean capital Pyongyang told VOA. However, the person said the buying might have been connected to an extended coronavirus lockdown. It has reported no cases of infection from the virus, a claim that experts dispute.
However, longtime North Korea observers warn against fast judgements.
Bruce Klingner is a North Korea expert at the Heritage Foundation in Washington. He said, "Over the years, there have been many false reports exclaiming the decline health or death of Kim Jong Un."
Andray Abrahamian, another North Korea expert, said that "reasonable speculation" about Kim's health has turned into a lot of false reports and "hyperbole."
I'm Mario Ritter, Jr.

I'm not going to respond to all the false reports.
我不会回应所有不真实的报道vHo~8d&=w~%L。

Since many people are traveling by this special train, we have a lot of things to do.
由于很多人要搭乘这辆专列，我们有许多事要做td;t@#DyD^)#po。

You've caused us a lot of trouble.
你给我们造成了很多麻烦lGXR42xbfj7M1]e。

The commanders accused him of carrying out a reign of terror.
指挥官们谴责他实行恐怖统治lryO0i8IV+xFiW。

5.South Korea has not supported reports about Kim being in poor health.

He's in poor health; don't work him as you would a healthy person.
他身体不好，别把他当好人使Ej~bm!Jx;#。
You're in poor health, so don't overtax yourself.
你现在身体不好，别太劳神K#wYkR6Tlf]sXNm。

6.As a result, rumors are spreading about whether something happened to him.

As a result, industry was overmanned and pen-pushers were everywhere.
结果是，企业人浮于事，到处都是耍笔杆子的人0E*b.7]atTU。
As a result, daily output has doubled.
结果日产量翻了一番RDmhmS=Gp2fLg8-+Vg。 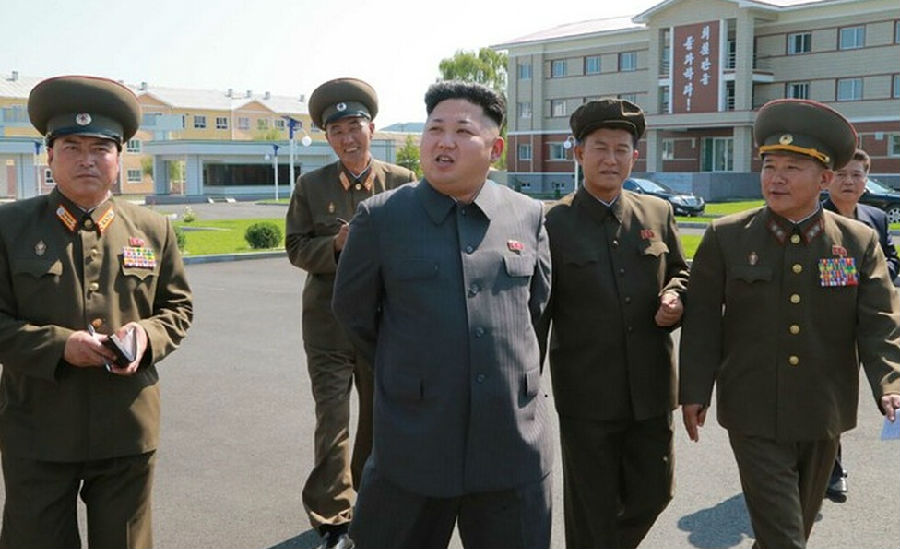