As Virus Deaths Rise, Sweden Refuses to Close Society
Sweden has not banned public gatherings like most countries have because of the coronavirus pandemic.
Crowds recently gathered near the waterfront in Stockholm to enjoy the sun. Anders Tegnell said he is not worried. He is the country's medical official leading the fight against the coronavirus pandemic.
The 63-year-old has become famous in Sweden. He appears on television every day. He tries to calmly explain the development of the outbreak.
Countries across Europe have restricted the movement of their citizens, but Sweden has not. Tegnell says Sweden is finding a different way that is more "sustainable."
Sweden is using what some call herd immunity. This can involve letting people become infected so that large numbers of people develop immunity in the population.
President Donald Trump has said that Sweden is suffering as the result.
"Sweden did that -- the herd. They called (it) the herd. Sweden is suffering very, very badly. It's a way of doing it," he said.
But Swedish Health Minister Lena Hallengren recently told The Associated Press that the country is not trying herd immunity.
Sweden has banned gatherings larger than 50 people, and closed schools for older children and universities. It has told those over 70 to stay home to avoid the virus.
Schools for younger children, restaurants and most businesses are still open. It appears to be normal life.
But, financial expert Johan Klockar says it is not normal life. He and his wife work from home and avoid going out. They see few people, and they limit their son to seeing people at school and sports activities.
"Society is functioning, but I think it's...limited," Klockar said. "We basically stay at home."
Most businesses in Sweden are still open, but the economic cost of the pandemic is already being felt. Last week, unemployment rose by 25,350 Swedes, officials said. It is a greater one-week rise in joblessness than during the 2008 financial crisis.
Nearby, neighboring Denmark is already considering reopening society. The country put a lockdown in place four weeks ago, closing schools, borders and businesses.
This week, the prime minister said acting quickly had helped Denmark avoid the tragedy that hit Italy and Spain. Together, those two nations have had 37,000 deaths. They are just beginning to consider a return to normal life.
For weeks, the percentage of COVID-19 cases and deaths in Sweden and Denmark were about the same. But while the economic results of the lockdown are being felt in Denmark, Sweden's death rate is now nearly double Denmark's.
After a sharp increase in deaths in Sweden, Prime Minister Stefan Lofven asked for an emergency law permitting the quick closure of public spaces and transportation if needed. Lofven also warned citizens to prepare for possibly thousands of deaths.
Tegnell, however, said that Sweden's way is still the most effective, but he admitted that the future is unclear. He believes Sweden will avoid the sudden increase in infections that may occur when a lockdown is removed.
"I think both Norway and Denmark are now very concerned about how you stop this complete lockdown in a way so you don't cause this wave to come immediately when you start loosening up," he said.
Lars Ostergaard is a professor at the Department of Infectious Diseases at Aarhus University Hospital in Denmark. He agrees it is too soon to know which way is best.
"There is no right or wrong way," Ostergaard said. "No one has walked this path before."
I'm Jill Robbins.

They wish to begin immediately after dinner
他们希望饭后马上就开始@fkK5L_vFbN。

Young people often loosen up on the dance floor.
年轻人常在舞池中放松自己Scj%P864EV7j5N]。

The shooting prompted the base and nearby schools to order a lockdown.
事件发生后，该基地和附近的学校已经被封锁GxspNN[Re#4。

A semblance of normality has returned with people going to work and shops reopening.
随着人们开始上班，商店重新开张，表面上一切又恢复了正常-QeN#yyzFDC1fIkjc。

5.The country put a lockdown in place four weeks ago, closing schools, borders and businesses.

They're offended by the elaborate security measures the police have put in place.
他们被警方部署的繁复安全措施惹怒了xSJ~,ct)%IS。
The restrictions have been put in place, after a five-day national strike.
这项法令是在该国遭受了五天的全国性罢工后颁布的iNExgn^PWr0esoXMH)Y。

6.He agrees it is too soon to know which way is best.

It is too soon to ascertain what effect this wilt have on the environment.
很难很快确定这会对环境产生什么样的影响IoVHB5wmM60^SNj)]6EN。
It is too soon to tell how the shale-gas fields will be developed.
现在谈论页岩气田如何开发还为时过早N@Z]Frzv7u+v6A。 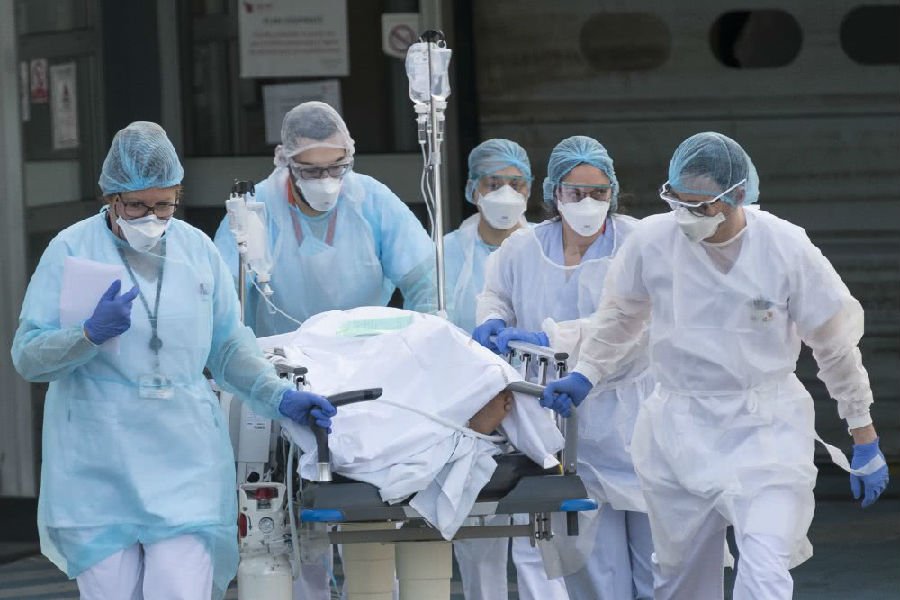