Syrian Father Teaches Daughter to Laugh when Bombs Fall
Abdullah Mohammed would do anything to make his daughter happy. That includes forcing himself to laugh with her when they hear bombs explode. The game helps ease the young girl's fears.
In Idlib, that means there is a lot of laughter.
Idlib province in northwestern Syria is the last opposition-held territory in the country. It has been at the center of a military campaign by Syrian government troops since early December. The Russian military is providing support to the government offensive.
More than 900,000 civilians have been forced from their homes since the end of 2019. Many now live in temporary shelters and in open fields near the Turkish border.
As the troops neared Mohammed's hometown of Saraqeb two months ago, he fled with his wife and daughter to the town of Sarmada. They are now staying in a house there offered to him by a friend.
Mohammed and his 3-year-old daughter, Salwa, have become internet celebrities after a video they recorded was shared widely on social media. In the video, Salwa is wearing a pink dress as she stands on a sofa next to her father.
Mohammed asks his daughter: "Is that a plane or a shell?"
"A shell," she answers. "And when it falls we will laugh!"
As the sound of the explosion can be heard in the distance, the little girl bursts into laughter. Her father laughs with her.
Mohammed said he thought up the game to help his daughter deal with her fear.
Salwa had been hearing bombs all her life. As a baby there was no fear, but that changed after her first year. One day, the family was at home in Saraqeb during Eid al-Fitr, the holiday that marks the end of the Muslim holy month of Ramadan.
Children outside were celebrating with fireworks, and a big one exploded near the family's home.
"She was frightened, but I took her out and showed her that children were playing and laughing," Mohammed said.
That was how he got the idea to connect the sound of bombs with laughter and children playing, and to film himself laughing with his daughter every time warplanes hit.
Mohammed said now every time they hear warplanes or artillery shells, Salwa turns to him and waits for his reaction. He pulls out his cellphone to record a video as the two wait to hear the loud noise. Then, they laugh.
On a recent day, Mohammed sat and watched Salwa as she played with her toys. He said the war has destroyed the hopes and dreams of his generation and those of their children.
"The most I hope for is to stay alive, along with my daughter and everyone else," he said. "We forgot about the bigger hopes, they don't exist anymore."
Mohammed gets emotional talking about it. He says he understands that the bombs they laugh about could be ending someone's life.
"Maybe it hit a tent or a child, and this is not funny of course. This is very sad," he said. "But I'm laughing so that my daughter doesn't get affected by this. And if the shell were to fall on us, better that we die laughing than to die scared."
I'm Ashley Thompson.

The World Bank should pull out of the project.
世界银行应从该项目中撤出=cKiYs&VM,*sDbv4。

We have all witnessed the power of social media.
我们见证了社交媒体的实力3!BX0hes6^O-。

They planned out a military campaign.
他们制定了一项作战计划9drprUudpp1D。

5.It has been at the center of a military campaign by Syrian government troops since early December.

He had been denied what he believed to be his rightful position at the center of things.
他被拒绝了他认为原应属于自己的中心地位.ipWpkb.fx3N。
At the center of the dial is a piece of smoky glass.
表盘的中央是一块烟灰色的玻璃A6C]nK5P[wplJOKJ9!I。

6.As the sound of the explosion can be heard in the distance, the little girl bursts into laughter. 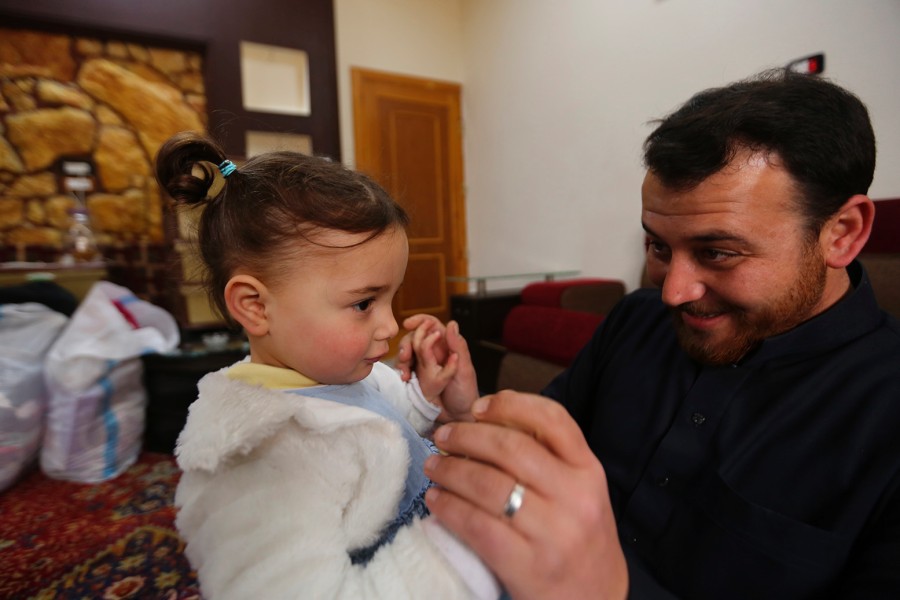