Former Movie Producer Harvey Weinstein Found Guilty of Sex Crimes
A jury in New York City has found former movie producer Harvey Weinstein guilty of sexual assault and rape.
The jury cleared Weinstein on the most serious charges he faced – which carried a possible life sentence. He now faces up to 25 years in prison.
Weinstein once was a powerful producer in Hollywood's film industry. The 67-year-old Weinstein was convicted of sexually assaulting former production assistant Mimi Haleyi in 2006. He also was found guilty of raping actress Jessica Mann in 2013.
The guilty finding represents an important moment in the #MeToo movement.
The movement gained attention in October 2017. That month, stories published in The New Yorker and The New York Times described Weinstein's mistreatment of women. The #MeToo movement spread from Hollywood to other industries. Women, and some men, publicly reported stories of sexual abuse by powerful people.
More than 80 women, including famous actresses, had accused Weinstein of sexual wrongdoing. He denied the accusations and said any sexual experiences described were consensual – or agreed to by everyone involved.
During the trial, government lawyers described Weinstein as a repeat attacker who manipulated women by offering promises to help their acting careers. Prosecutors said he would ask women to meet him in hotel rooms or private homes, where he would then violently attack them.
Prosecutors added to their case by calling several other accusers as witnesses. One of those women, "Sopranos" actress Annabella Sciorra, told jurors that Weinstein came into her apartment one winter night in 1993 or 1994 and raped her.
The reported incident took place too long ago to be charged as a crime. But prosecutors offered it to show Weinstein's past behavior.
Testimony of "prior bad acts" is generally not permitted in criminal trials. But an exception to the law let prosecutors call additional women as witnesses to show Weinstein had a long history of abusive behavior.
Throughout the case, the defense argued that regret led the accusers to take consensual incidents and redefine them as crimes.
Weinstein's lawyers centered their arguments on evidence of friendly messages and continued contact between the women and Weinstein. His lawyer, Donna Rotunno, told jurors during closing arguments that they were "the last line of defense" against an "overzealous" prosecution and that women were "responsible" for the "choices they make to further their own careers."
Prosecutors opposed claims that Weinstein's accusers were not to be trusted, or that the women were responsible for the reported attacks.
Weinstein still faces sexual assault charges in California. Those charges were announced just hours after his trial on charges of rape began in New York City. He also faces charges in civil court brought by many women.
I'm Jonathan Evans.

This case is heard in the civil court.
该讼诉将在民事法院审理|T6v^IJVJ@TLO+VN。

Scientific evidence is an increasingly important part of both civil and criminal trials.
科学证据在民事和刑事审判中都占据着日益重要的地位P;]LmBj!a0。

He spent his time in prison praying and studying
他把狱中的时间都用于祈祷和学习yq_u.,~%GpF79。

He was given a life sentence for murder.
他因谋杀被判无期徒刑RW9tqa.n2KJD。

5.He also was found guilty of raping actress Jessica Mann in 2013.

6.The reported incident took place too long ago to be charged as a crime.

The interview took place on a Friday afternoon.
采访是在一个星期五的下午进行的|PR1W0K[UpV;c[K。
Another dust-up took place in the teahouse.
茶馆里又发生了一场打斗5Ba#]NsTT%b。 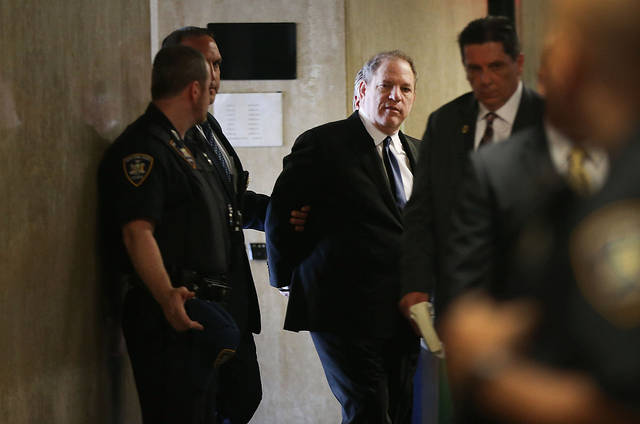