Passengers on Virus-infected Cruise Ship Permitted to Leave
Japanese health officials are permitting hundreds of people to leave a cruise ship sitting in the port of Yokohama. The passengers and crew had been barred from leaving the ship for two weeks as part of efforts to contain the new coronavirus.
About 3,700 people were on the Diamond Princess when it arrived at the port on February 3. Officials ordered the ship and everyone on it placed under quarantine after one passenger was found to have the virus. That person had left the ship when it stopped in Hong Kong.
However, the Japanese effort to keep the coronavirus from spreading did not work as planned. Over 540 people on the Diamond Princess became infected. In fact, they are the largest group of people outside of China to get the virus.
Only people who have been tested and found to be free of the virus and who show no signs of infection are being permitted to leave the cruise ship.
About 300 Americans left on Monday. All were immediately placed under another 14-day quarantine to prevent spreading the virus.
Several governments, including Australia, Britain and Canada, are making plans to evacuate their citizens from Yokohama.
Experts raise questions about ship quarantine
The Japanese government has defended the effectiveness of its quarantine. However, three Japanese officials who helped carry out the quarantine tests on the ship became infected.
Michael Ryan is a doctor and executive director of the World Health Organization's health emergencies program. He noted, "There are sometimes environments in which disease can spread in a more efficient way." Cruise ships were known to sometimes speed up the spread of disease, he said.
Ryan added it is important for every nation with affected passengers to follow up on each person's health in the coming weeks.
Japan's health minister, Katsunobu Kato, told reporters Tuesday that all passengers who remained on the ship have been tested. He said those who are free of the virus would be released after their 14-day quarantine period ends.
Also Tuesday, United States health officials said they would take action on Americans who refused to return on government-provided flights over the weekend. Those Americans would not be permitted to re-enter the country for at least 14 days after they left the Diamond Princess.
Natalie MacDermott is a doctor and an expert on disease outbreaks at King's College London. She said the quarantine clearly did not work. She added that health experts need to know more about conditions on the ship because "there could also be another mode of transmission we're not familiar with."
Some passengers on the Diamond Princess described it as a "floating prison." However, they were permitted to walk outside the ship if they covered their face and kept away from others.
Paul Hunter is a doctor and a professor of medicine at East Anglia in England. He said it is possible that passengers did not obey all of the restrictions. It was a "huge disappointment" that the quarantine had not stopped the spread of the virus, he said. Hunter added that an additional quarantine for passengers when they return to their home countries would be a good idea. "Not to do so would be reckless," he said.
Japanese health officials, however, say the 14-day quarantine on the ship should have been enough. They note that, of 500 Japanese who returned from China showing no signs of infection, all but one was found to be virus-free after a 14-day quarantine.
Shigeru Omi is a former official with the World Health Organization (WHO). He said quarantines are effective early in outbreaks. But he said attention should now go from border control to preventing the spread of the virus in local communities.
The WHO reports that, outside of China, there are over 800 cases in 25 countries.
I'm Mario Ritter, Jr.

The tins had to be kept away from dampness.
罐头应该防止受潮+-9dlbaMEU[4^yj。

We are very familiar with each other.
我们相互之间很熟;jB1-U@h@qKjy。

Police say they believe the attacks were carried out by nationalists
警方说，他们认为袭击是民族主义分子发动的Hcm~Dj1-k-O4bwtWQ!]。

5.Also Tuesday, United States health officials said they would take action on Americans who refused to return on government-provided flights over the weekend.

6.Also Tuesday, United States health officials said they would take action on Americans who refused to return on government-provided flights over the weekend.

We had to take action to protect the proprietary technology.
我们必须采取措施保护专利技术*@bYflYA[aVbDz。
I knew I needed to take action.
我知道我该采取些行动了UWzd~Q[%!*#G*+Th~。 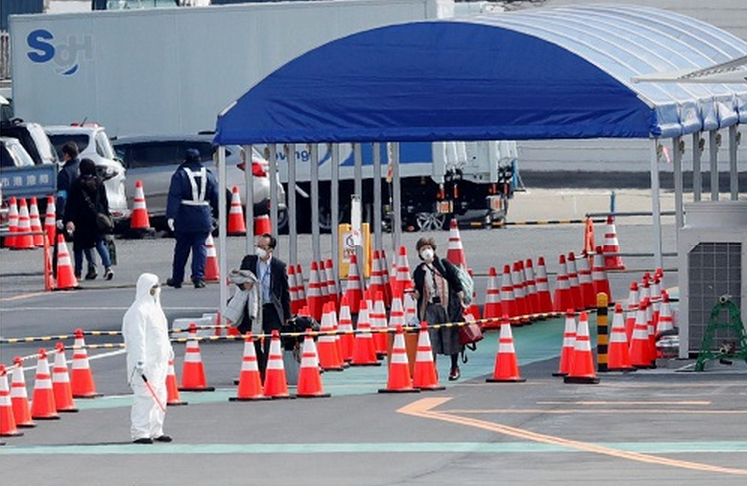