At Home with Australian Couple who Protected Baby Kangaroos from Fires
Even as a bushfire threatened the rural Australian community of Wytaliba, Gary Wilson and his partner Julie Willis decided not to flee their wooden house.
The two had a home full of orphaned baby kangaroos to protect.
More than 10 of the baby kangaroos -- called joeys – stayed safe inside fabric pouches that hung in the couple's living room. Each piece of cloth looked like the opening in which mother kangaroos carry their young.
Wilson and Willis have taken care of wild animals before. Recently, full-grown kangaroos and other wildlife that had left their care long ago came back to the house in search of protection as the fires grew nearer.
"We had way too many animals in the house and around the house so we really couldn't go," Wilson told the Reuters news agency from his home. "We decided we were going to stay and fight." Their home is now surrounded by burned land and vehicles.
"At three o'clock it was a beautiful summer's day, by four o'clock it was midnight," Wilson said. "You couldn't see any more than 20 yards [18 meters] and then the firestorm came through and pretty much burned everything."
Wilson and Willis defended their home for at least 14 hours with fire extinguishers and water pumps. Their house also had a special device on top that sprayed water on hot ashes falling on the property.
Good preparation -- and very good luck -- helped the building stay safe. And the motherless animals have survived. But the November fire that hit the small community killed two of Wilson's neighbors.
"It was a horrible thing," Wilson said. "The whole bush has been burnt. It's been vaporized."
Willis said she had never seen such fierce fires. She said most animals -- such as possums, gliders, lizards and even many birds -- were not fast enough to escape.
She said, "It's not until after the fires when it really hits you how close you were to dying...but at the time you are too busy trying to put the fire out."
Australia's bushfire season has killed over 30 people and an estimated 1 billion native animals since September. About 2,500 homes have been destroyed, and more than 11.7 million hectares of dry bushland have been burned through.
While Wilson and Willis usually care for joeys that are rescued after their mothers are struck by vehicles, they are now welcoming an increasing number of fire orphans.
Willis said the joeys will one day be released into the wild.
She said, "We didn't have children ourselves; this is what we spend our time doing. We think it's worthy - a worthy cause - looking after our babies no matter what they are..."
I'm Ashley Thompson.

He's been away for at least a week.
他走了总有一个星期吧Mwt(8!1]b,QYDf=lgpdR。

Thank you for looking after us so well.
感谢你们对我们照顾得如此周到~dOVz^2MC;jt]c。

I was close to tears with frustration, but I held back.
我沮丧得快要哭出来，但我忍住了+.Dp~o0).1~U。

5.It's not until after the fires when it really hits you how close you were to dying...but at the time you are too busy trying to put the fire out."

I was out of work at the time.
那时我失业了@thJH&l|RmI0j@Cb=X。
I was not in Britain at the time.
当时我不在英国-guVFEKEEr。

6.It's not until after the fires when it really hits you how close you were to dying...but at the time you are too busy trying to put the fire out."

Yesterday afternoon the White House put out a new version of events.
昨天下午，白宫对事件给出了另一种说法o0IFT6s=2.h。
The government had put out a press release naming the men.
政府已经发布了新闻稿，宣布这些人的任命0BsMNnpRiG3+2GEG。 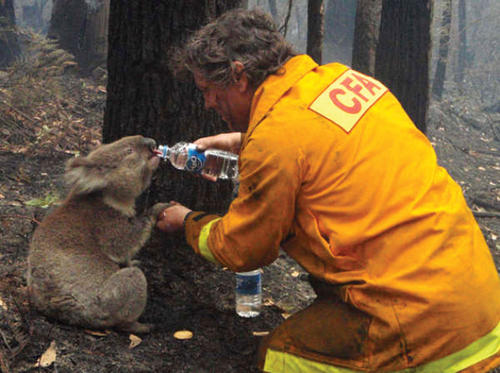