Basketball fans around the world are mourning the death of American superstar Kobe Bryant.
Bryant was killed in a helicopter crash Sunday in California, along with his 13-year-old daughter Gianna and seven other people. He was 41 years old. 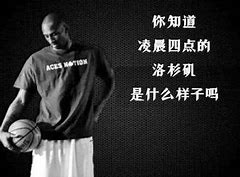 Bryant was an 18-time All-Star player. He won five NBA championships and two Olympic gold medals. He was widely considered one of the greatest basketball players of his generation during his 20-year career with the Los Angeles Lakers.
The helicopter carrying Bryant and the others crashed into a hilly area in foggy conditions outside Los Angeles. Bryant lived south of Los Angeles and often used helicopters to travel around the area to save time and avoid Southern California traffic.
The cause of the crash is under investigation. It took place about 32 kilometers from Bryant's Mamba Sports Academy, a basketball training center in Newbury Park, California. Bryant was on his way to attend a youth basketball competition on Sunday with his daughter. Bryant and his wife, Vanessa, had four daughters.
When he retired from the NBA in 2016, Bryant was the third-leading scorer in NBA history with 33,643 points. He is widely expected to be elected to the Naismith Memorial Basketball Hall of Fame this year.
The basketball world and the Los Angeles community reacted to Bryant's death with an outpouring of sadness, disbelief and support.
In a statement, NBA Commissioner Adam Silver said Bryant was one of the greatest stars in the game. But he added, He will be remembered most for inspiring people around the world to pick up a basketball and compete to the very best of their ability.
On Twitter, U.S. President Donald Trump noted the terrible news. He called Bryant one of the truly great basketball players of all time who was just getting started in life.

But how would users react to such an interface — and how would you code for it?
但用户会对这样的界面有何反应呢？ — 而您又该如何为其编写代码呢？

He picked his cap up from the floor and stuck it back on his head.
他从地板上捡起帽子，重新戴在头上M,&oQ297lG+#1=。