Thousands Flee as Philippine Volcano Releases Smoke, Ash
A volcano in the Philippines released smoke and ash on Monday as scientists warned of a possible "explosive eruption."
Clouds of ash were seen rising from the Taal volcano, which sits on an island south of the Philippine capital, Manila. Local officials said more than 24,000 people had already fled the island and surrounding areas.
The volcanic island has long been a popular stop for visitors.
Experts warned that a powerful eruption could cause strong waves to develop on the lake surrounding the volcano. Officials were planning to evacuate hundreds of thousands of people.
A lack of transport and poor visibility caused evacuation delays in some areas. Officials said some people had refused to leave their homes and property.
Wilson Maralit is the mayor of Balete, a town that stretches along the water's edge of Taal Lake, which surrounds the volcano. He told a Philippine radio station that some people were "panicking" from the volcano and felt the need to stay to take care of their farms.
"We're trying to stop them from returning and warning that the volcano can explode again anytime and hit them," Maralit said. The mayor appealed for troops and more police to stop people from secretly returning to their high-risk villages.
By Sunday night, ash from the Taal volcano had blown more than 100 kilometers northward to Manila. Conditions forced the city's main airport to close, with more than 500 flights canceled. Parts of the airport were reopened after the ash fall eased.
Government work and school classes were suspended Monday in many towns and cities, including Manila. Stores quickly sold out of face masks designed to protect against the possible harmful effects of volcanic ash, the French press agency AFP reported.
Steam, ash and rocks blasted up to 15 kilometers into the sky from the volcano, the Philippine Institute of Volcanology and Seismology reported. Officials said lava was also seen flowing out of the volcano.
Maria Antonia Bornas is a chief science research specialist at the Philippine Institute of Volcanology and Seismology. "The speed of escalation of Taal's volcanic activity caught us by surprise," she told reporters. She added: "We still can expect a hazardous eruption any time."
Marilou Baldonado lives in the nearby town of Laurel. She told Reuters news agency she fled her home with only two sets of clothes after she saw a huge ash cloud form.
"We got scared of what could happen to us, we thought the volcano was going to erupt already," Baldonado said.
The Taal volcano's last disastrous explosion happened in 1965, when more than 200 people were killed.
I'm Bryan Lynn.

The dip, he says, was triggered by a burst of volcanic activity that deposited new silicate rocks.
他表示，低浓度是由一系列火山活动储存新的硅酸盐岩石触发的t!8di1Inw8X36nk。

Flooding in Manila, the capital of the Philippines, and surrounding areas left nearly 300 people dead or missing.
菲律宾首都马尼拉以及周边地区洪水泛滥，造成将近300人丧生或失踪W8r[qryNXGr~。

Smoking can cause more wrinkles to develop on your face.
吸烟会使你脸上长更多的皱纹O11%z9SdbH^,EqZ*。

5.He told a Philippine radio station that some people were "panicking" from the volcano and felt the need to stay to take care of their farms.

They leave it to the system to try and take care of the problem
他们让系统去设法解决这个问题.JYqA6S)Tww1c,Pc.。
You have to learn to take care of your possessions.
你得学会保管好自己的财物M89ZjPLh0];;I|。

6.We got scared of what could happen to us, we thought the volcano was going to erupt already.

Maybe she just got scared of needing somebody too much.
也许他害怕过于依赖别人nn;t=&3si4FhSRh。
I got scared at the sight of the snake.
一见到那条蛇我怕极了kog1I^L~=CX。 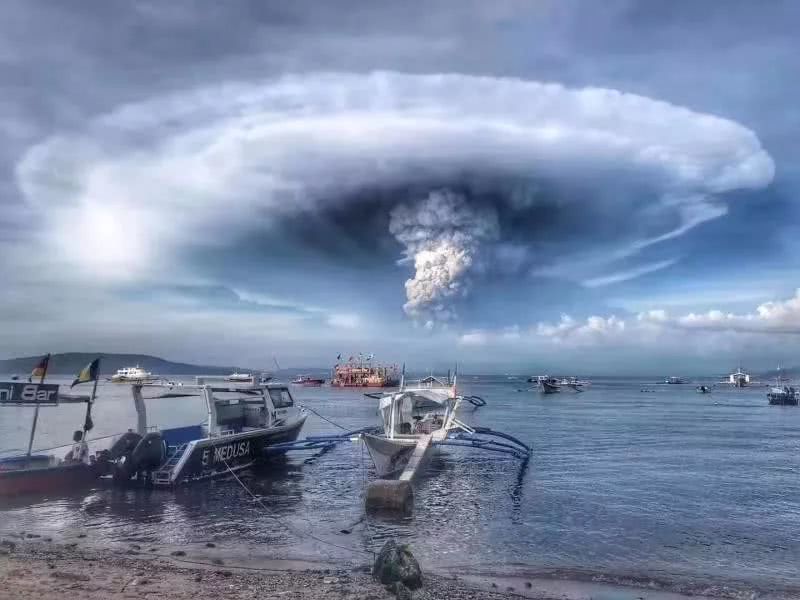