Japan Approves Arrest Warrant for Carlos Ghosn’s Wife
Japanese government lawyers are seeking to arrest the wife of former Nissan chairman Carlos Ghosn. They believe that Carole Ghosn lied when she was questioned in a Tokyo court about her husband's case.
Japanese prosecutors have accused Carlos Ghosn of financial misconduct. He was in Japan awaiting trial last week when he fled to Lebanon, where he lived as a child.
Carole Ghosn is not in Japan. Prosecutors said in a statement that she gave false testimony to the court last year. She was asked about the transfer of money from one company to another that reportedly caused financial losses for Nissan. She also denied knowing or meeting several people, and the denials were false, prosecutors said.
Carole Ghosn was not available for comment. But earlier, she told The Associated Press after her questioning in court that she considered the questions unsubstantial.
She was barred from meeting with her husband after his release on bail because of fears she might tamper with evidence.
Lebanon and Japan do not have an extradition treaty. Japanese officials say it is unclear whether the Ghosns can be forced to go to Japan to face charges. The officials also said they were still looking into what could be done.
In Beirut, Lebanon's justice minister confirmed that the government had received a request from Interpol to arrest Carlos Ghosn. He said Lebanon would take "the necessary steps."
The Lebanese president's office announced Tuesday that President Michel Aoun met with Japanese ambassador Takeshi Okubo. It was the first known meeting between the president and a Japanese diplomat since Ghosn arrived in the country on December 30.
Aoun's office said Okubo called for cooperation from Lebanese officials in order to avoid diplomatic problems between the two countries.
Japan's chief government spokesman said Japanese officials have told Lebanon that Ghosn left the country illegally, and they are trying to understand what happened.
Lebanese Justice Minister Albert Serhan says Ghosn entered Lebanon legally, and added that his "stay on Lebanese territories" is legal. He also said Lebanon had not yet received any requests from Japan about the arrest of Carole Ghosn. The state-operated National News Agency reported his comments.
Earlier Tuesday, Ghosn's former employer, Nissan Motor Company, said it was still seeking legal action against him. Nissan and Japanese prosecutors accuse Ghosn of misstating his future compensation and taking company money for personal use. Ghosn says he is innocent.
In a statement, the company said it would "hold Ghosn (responsible)...for the harm his misconduct has caused to Nissan." It did not give details.
Ghosn claims he is the victim of a campaign by Japan's government and Nissan officials to destroy the possibility of a merger between Nissan and the French company Renault.
Ghosn was able to leave the country while he was under surveillance at a home in Tokyo.
Japanese reports Tuesday gave new details of that escape. They say he left his home alone, met two men at a Tokyo hotel, and then took a train to the city of Osaka. In Osaka, he hid in a large box that was put on a private plane.
Ghosn said in a statement last week that he wanted to escape "injustice." Critics of the Japanese legal system say his case shows that the system moves too slowly and keeps people in detention too long.
Japanese officials have defended the nation's legal system. They say Ghosn's escape was an "unjustifiable" crime.
I'm Susan Shand.

She put on her coat and went out.
她穿上大衣出去了DrlKLW.Y0XP!|G+cg。

A neglected but crucial aspect of the Strauss-Kahn case was that France has no extradition treaty with the US.
卡恩案中一个被忽视但至关重要的问题是，法国与美国没有签署引渡协议wQKwG]mzjP]Ynu7I-。

He argues that the breakdown in the legal system has spawned a black market.
他认为司法体系的不健全导致了黑市的出现k-vuR1bNH5~XYcupJ。

Prosecutors may try to determine if Robb gave false testimony when he appeared before the grand jury.
检方可能要努力查证罗布在大陪审团面前是否作了伪证g^pAAgeYLkmG_HAn_9o。

5.Japanese officials say it is unclear whether the Ghosns can be forced to go to Japan to face charges.

It is unclear how much of the company he owns.
他所拥有的这家公司价值多少并不清楚W^9CJ&O+ce。
It is unclear whether or not it will be extended.
此政策是否会延期现在还不太明朗t10%Bq.f_kByc.)A];。

6.The officials also said they were still looking into what could be done.

And federal investigators are looking into his methods.
联邦调查人员也在调查他的所为=TJ4c9[~24=%w=-hwk。
His lawyer said a judicial inquiry was looking into whether the original author had been “manipulated”.
他的律师说司法部门已经介入调查，看是否有人在背后操纵传闻原作者LcA4LN4A4=y!。 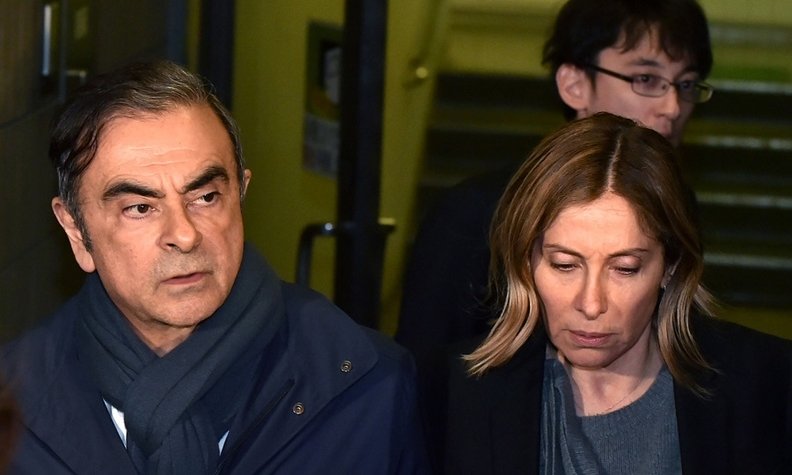