Sudanese-American Player Promotes Wheelchair Basketball
Wheelchair basketball is becoming more popular in South Sudan. The sport offers hope for athletes with disabilities. Some lost their legs from unexploded bombs left from decades of conflict.
U.S. professional wheelchair basketball players recently helped 80 South Sudanese players in a week-long training program and competition. Among them was Malat Wei, a Sudanese-American wheelchair athlete.
Wei was three years old and living in South Sudan when he lost the use of his legs to the polio disease.
Wei lived in a refugee camp for several years. When he was 12, his family moved to the United States. He later played wheelchair basketball at the University of Arizona.
In December, he returned to South Sudan as a role model for other disabled athletes.
"I went through the same situation that these athletes are going through. So as for me coming back, it's a hope for them saying that there is someone that actually cares about us."
Wei helped train 80 South Sudanese wheelchair basketball players for a two-day competition in Juba. The International Committee of the Red Cross (ICRC) and the South Sudan Wheelchair Basketball Association organized the training.
Wei says that in two years, the number of wheelchair basketball players in the country has more than doubled. In 2019, 15 women were included for the first time.
Anna Doki Gabriel had never played basketball before. She told VOA, "For me as a person in a wheelchair, basketball has really made me feel that we can do something just like able-bodied people."
South Sudan has more than 1.2 million people with disabilities.
Jess Markt is the disability and inclusion adviser for the ICRC. He has trained wheelchair teams in Afghanistan, the Middle East and South America. He says the training helps to change harmful opinions people may have about those with disabilities.
"Once they start to have that confidence in themselves and they start to realize that maybe what they've always been told about what their place in society should be is not what their place in society should be; they should expect more from themselves and from the society around them."
Wei says inclusion and acceptance is not the only thing the athletes learn.
"These athletes, they're all from different tribes, from different backgrounds. But when they come to the basketball court, the sport just brings this joy of all the South Sudanese uniting together and to collaborate and to work together as one country."
I'm Jonathan Evans.

They seemed able to work together very efficiently.
他们看来能很有效率地合作H;Uwtk=uF%NyId*。

Five out of the ten top role models for British teenagers are black.
英国十大青少年楷模中有一半都是黑人R)&_1s,a~y。

Polio was the first disease that raised significant money from the broad public.
小儿麻痹症这种病是疾病里面首先获得公众赞助的SpQa*O%j;6fsK.=.H9*。

5."I went through the same situation that these athletes are going through.

We have been going through a bad time.
我们正经历一段困难时期~WwSWYR*E7~dwxoj。
I know what you're going through.
我知道你正在经受什么样的煎熬0D.eSrZRnZ。

for the first time 第一次 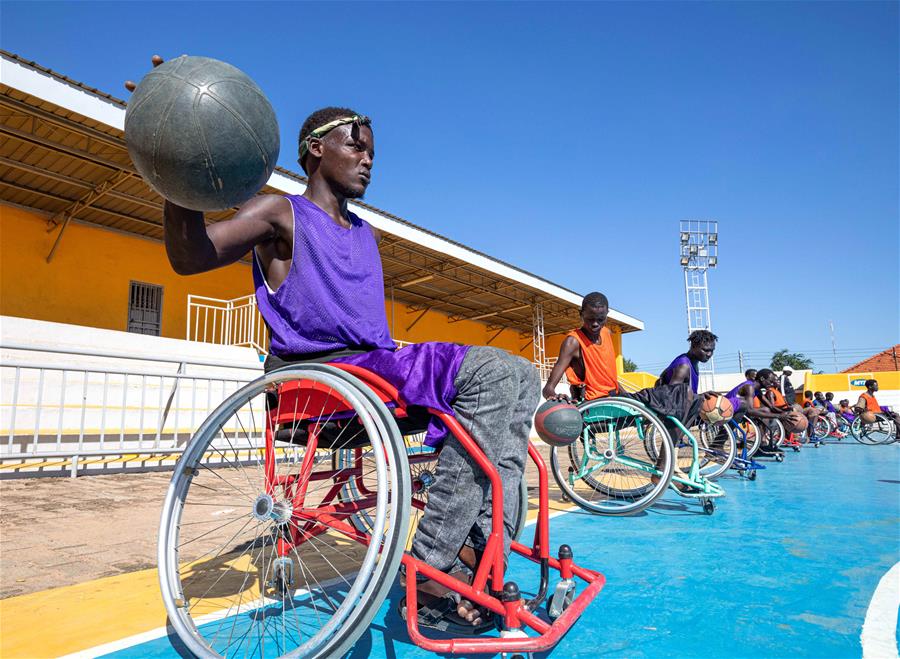