US Lawmakers Charge Trump with Abuse of Office, Obstruction
The impeachment process against the president of the United States took another step forward Tuesday in the U.S. House of Representatives.
Leading members of the House announced two articles of impeachment against President Donald Trump. The charges include abuse of office for personal political gain and blocking -- or obstructing -- the congressional impeachment investigation.
The Democratic Party controls the House of Representatives. Trump is a member of the Republican Party.
It was only the fourth time in the 243-year history of the United States that impeachment charges have been brought against a president. None of those earlier actions resulted in a president's removal from office. And Republican lawmakers seem unlikely to support Trump's ouster.
House Judiciary Committee chairman Jerrold Nadler will head the panel that will first consider the impeachment articles. He said Tuesday that Trump threatened national security and the 2020 election process by withholding military aid to Ukraine. Trump "sees himself as above the law," Nadler added. "He consistently puts himself above the country."
House Intelligence Committee chairman Adam Schiff led the weeks-long impeachment inquiry. He called the accusations against the U.S. leader "overwhelming and uncontested."
But Trump has said he did nothing wrong, and none of his Republican supporters in Congress has called for his impeachment and removal from office.
Before the articles were announced, Trump criticized the case against him.
"To Impeach a President who has proven through results, including producing perhaps the strongest economy in our country's history, to have one of the most successful presidencies ever, and most importantly, who has done NOTHING wrong, is sheer Political Madness!" Trump wrote. His message appeared on Twitter.
Trump added that the president and foreign minister of Ukraine "said, many times, that there WAS NO PRESSURE. Nadler and the Dems know this, but refuse to acknowledge!" he wrote.
Ukraine investigation
Perhaps the most important part of the case against Trump concerns his effort and that of his aides to get Ukraine to investigate former U.S. Vice President Joe Biden. At the same time, the president was withholding $391 million in military aid to Ukraine. The country wanted to help fight pro-Russian separatists in the country's east.
Nadler said his panel will consider the accusations in the next few days, possibly voting on the articles of impeachment by the end of the week.
That would clear the way for a simple majority vote in the House next week, when Trump is likely to become the third U.S. president to be impeached.
He would then stand trial in the Republican-majority Senate in January.
I'm Caty Weaver.

Administrative sanctions include a warning, record of demerit, record of a major demerit, demotion, removal from office, discharge, etc.
行政处分分为警告、记过、记大过、降级、撤职、开除mO+~z4axKSM)9。

They have been supplying covert military aid to the rebels.
他们一直在暗地里向叛乱者提供军事支援F&Ggzeg=2iROvAS)0_|。

He only seems to be interested in personal gain.
他似乎只在乎个人的收益WQr!JuFH4Y。

Hendricks is due to stand trial for manslaughter.
亨德里克斯应当接受过失杀人的审判;7ushL8~xbIr=Bz;V。

5.The impeachment process against the president of the United States took another step forward Tuesday in the U.S. House of Representatives.

6.At the same time, the president was withholding $391 million in military aid to Ukraine.

Are these people using gear and amphetamines at the same time?
这些人同时服用海洛因和安非他明吗？
It's impossible to get everybody together at the same time.
让所有人同时聚在一起是不可能的w+,V&dYRLH%d89_%6c。 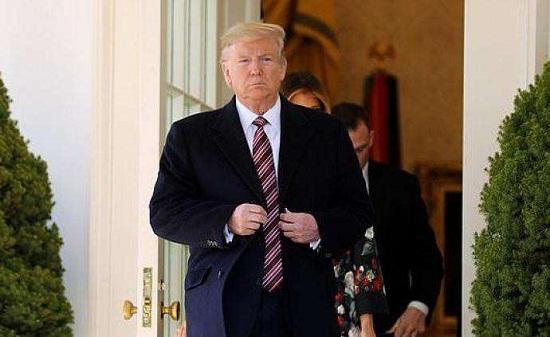