Finland Swears In World's Youngest Head of Government
Finland has sworn in the world's youngest sitting head of government. The Nordic country's parliament confirmed 34-year-old Sanna Marin as its prime minister on Tuesday.
Marin, a Social Democrat, is set to lead a five-party coalition government. The other four parties also are led by women. All but one of the party leaders are under the age of 35.
Finland's government resigned last week after the Centre Party said it had lost confidence in Social Democrat Prime Minister Antti Rinne. Marin takes over during nationwide labor unrest and strikes.
Marin is known for her support of climate and environmental issues. She was raised in a so-called "rainbow family," headed by two women. She has told Finnish media about growing up in what she described as "modest" conditions. She has also spoken of past struggles to find her way in life, and the fulfillment she has found in politics.
She is active on social media, especially Instagram. She has posted many pictures of her private life and of her family, which includes her partner and their young daughter. On Instagram, she shared pictures of her pregnancy and of breastfeeding her daughter.
When questioned by The Associated Press during her first press conference, Marin gave an answer in English on her personal social media policies. She promised she would not change her ways.
"As I've said, I represent the younger generation," Marin told reporters in Helsinki. "I think that I'm an individual and a real person also even though I'm the prime minister. So I won't change the way I behave. But of course I will be careful of what I say" in social media postings.
After the vote confirming her appointment, Marin reacted with a small smile. Finnish President Sauli Niinisto later welcomed her and her Cabinet, which has women holding 12 of the 19 minister positions.
The timing means Marin will represent Finland at the European Union meeting in Brussels, Belgium, later this week. Finland currently holds the bloc's presidency until the end of the year.
Marin is the third woman to hold the office of prime minister in Finland. She has had a quick rise to the top level of Finnish politics. She took over as city council leader in her hometown when she was 27. She became a national lawmaker in 2015, at the age of 30.
Now, Marin is the world's youngest head of government. But she might not be the youngest for long. Thirty-three-year-old Sebastian Kurz, the former Austrian chancellor who rose to that position at age 31, is in talks to form a new coalition. The move would put him back in office as chancellor.
I'm Ashley Thompson.

The Prime Minister has been briefed by her parliamentary aides.
首相已听取了她议会助手的简要汇报Aji#4u!dy7cG,i+b。

During his six years in office, Seidman has often locked horns with lawmakers.
在任的6年中，塞德曼经常和立法议员争得不可开交q[mPm%O|o[H,i;|。

A new warden took over the prison.
一位新的监狱长接管了这所监狱-uQ;ioDr.N_w&1#*,xb8。

We have all witnessed the power of social media.
我们见证了社交媒体的实力LUdIT|09;ZkNdRbh&I。

6.But of course I will be careful of what I say" in social media postings. 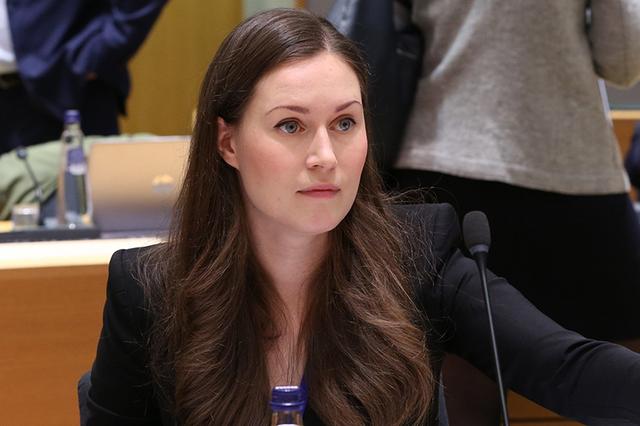