US House Speaker Asks Lawmakers to Prepare Articles of Impeachment
The Speaker of the United States House of Representatives has directed congressional leaders to take steps aimed at removing the president from office.
Speaker Nancy Pelosi asked lawmakers chairing House committees to prepare articles of impeachment against President Donald Trump. The Democratic Party controls the House of Representatives and all of its committees.
Impeachment is the process by which the lower house of Congress brings charges against a U.S. president. The Senate decides if the president remains in office in a trial overseen by the Chief Justice of the Supreme Court.
In a recorded statement, Pelosi said that the facts of the case were not disputed. She said, "The president abused his power for his own personal political benefit at the expense of our national security..."
Pelosi made the announcement as Democratic lawmakers push to have an impeachment vote in the House before the Christmas holiday.
Only two presidents have been impeached: Andrew Johnson in 1868, and Bill Clinton in 1998. But neither man was forced from office. In 1974, Richard Nixon resigned from the presidency when it appeared he would be impeached.
Impeachment hearings continue
Pelosi's announcement follows a day of hearings in which a group of law professors met with the House Committee on the Judiciary.
Democratic lawmakers asked three of the four constitutional experts to give evidence. They were Noah Feldman of Harvard University Law School, Pamela Karlan of Stanford University Law School and Michael Gerhardt of the North Carolina School of Law. Republican committee members asked Jonathan Turley of George Washington University Law School.
Much of the hearing dealt with what the writers of the 232-year-old U.S. Constitution would think about the act of impeaching a president.
Feldman said the writers of the Constitution would have considered what Trump did "as exactly the kind of abuse of office, high crimes and misdemeanors, that they were worried about."
Congressman Doug Collins, a Republican, answered by saying, "I don't think we have any idea what they would think, with all due respect."
The Judiciary Committee is studying whether Trump's actions rate as something punishable by impeachment. The Constitution says the president must be guilty of "high crimes and misdemeanors."
Turley told lawmakers that the writers of the Constitution wanted impeachment to be used rarely. He argued against moving ahead without additional evidence.
Democratic lawmakers say Trump abused his power by withholding about $400 million in military aid from Ukraine last summer. Congress approved the aid earlier this year. The Ukrainians eventually received the assistance.
The Democrats say Trump withheld the aid because he wanted Ukrainian officials to announce an investigation of former Vice President Joe Biden. Biden is seeking the Democratic Party's presidential nomination.
White House officials have publicly released records of two telephone calls between Trump and Ukraine's president. However, lawmakers dispute the meaning of what was said. Ukrainian President Volodymyr Zelenskiy has said he did not feel pressured by Trump, who says he did nothing wrong.
I'm Mario Ritter, Jr.

He will race for the presidential nomination.
他将角逐总统候选人的提名O_GGFV1(;2413*x03*jW。

I came across a group of children playing.
我碰到一群正在玩耍的小孩usm|,ZoFHu^^。

The president said he'd made no firm decision on whether he would run for a second term in office.
总统说他还没有下定决心是否竞选连任mu@TsDU^(RDc@5_m。

4.with all due respect 冒昧的说

With all due respect, I think there are some facts you have not considered.
恕我直言，我想你忽略了一些事实Qf~v4EG!1T;LW。

5.The Speaker of the United States House of Representatives has directed congressional leaders to take steps aimed at removing the president from office.

The government rushed through legislation aimed at Mafia leaders.
政府匆忙通过了针对黑手党首领的立法WwI=Lr-CP8ZDd1OLp。
Teachers have joined a strike aimed at forcing the government to pay overdue salaries and allowances.
教师加入了旨在迫使政府支付拖欠薪水和津贴的罢工7J5mSdAi@S+pW_kE。

6.The Speaker of the United States House of Representatives has directed congressional leaders to take steps aimed at removing the president from office.

The directors will take steps to insure against possible failure.
董事们将采取措施，以防可能出现的失败cb2ue92Z]JscjS。
We should take steps to prevent war.
我们应当采取措施制止战争*b4^.ZYu5CP。 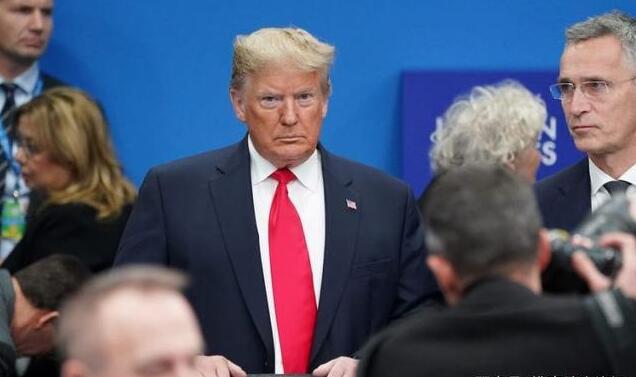