Brazil's Lula to Go Back to Jail or Run for President
Former Brazilian President Luiz Inacio Lula da Silva walked out of jail last week.
The Brazilian politician known as Lula was released after the country's Supreme Court ruled that a person can be put in prison only after all appeals have been tried.
Now, Lula could either return to prison or campaign to again become president.
Current president Jair Bolsonaro is unpopular. But, Lula's newly found freedom may increase political tension in South America's biggest country.
Also, a group of Supreme Court justices will soon hear an appeal from Lula's defense lawyers. The lawyers say that the judge who ruled on the corruption charges against Lula did not act fairly. Judge Sergio Moro sent Lula to jail after finding him guilty in the corruption investigation known as "Operation Car Wash."
Seventy-four-year-old Lula had been in prison for 19 months of a nearly nine-year sentence. He is also facing several other corruption charges.
If the Supreme Court justices overturn Lula's several convictions, he will be permitted to run for office. He might run as the Workers' Party candidate in the 2022 presidential election.
However, if he loses the appeal on any one of his other corruption charges, he could return to prison.
Following last week's Supreme Court ruling, lawmakers have said they want a constitutional amendment requiring jail time for a person who loses their first appeal.
Both the Lower house and Senate are examining constitutional amendments on this subject. However, nothing is likely to happen this year because constitutional amendments take longer to pass than normal bills.
The charge that Moro ruled unfairly against Lula had been stalled since December of 2018. At that time, Supreme Court Justices Edson Fachin and Carmen Lucia took a stand against it. Justice Gilmar Mendes requested another look at the case. He spoke with Reuters in August.
"Annuling (Lula's) conviction...as a result of (Moro's role), will lead to a new trial. That could happen," Mendes said. "The right verdict is not just a guilty verdict. This is not correct. We have to recognize that we owe Lula a fair trial."
Many Brazilians who voted for Bolsonaro in 2018 support Operation Car Wash. The wide-reaching corruption investigation started in 2014. It has found wrongdoing in several South American countries and has put Lula and other Brazilian politicians in jail.
I'm Jonathan Evans.

Mr Zelaya would still have to face corruption charges if he were to return from exile.
不过如果塞拉亚结束流亡返回国内，仍将不得不面对多项腐败指控b|q]k3y+N]XwIjr。

Some even press criminal charges, which can result in jail time.
一些雇主甚至坚持刑事诉讼，盗窃者将因此被捕入狱QD0V978wNR;#。

Suddenly the door opened and a group of children burst in.
门突然打开，闯进了一群孩子Dv=C#=d_~uvxQ|[l%mu。

as a result of 导致

Millions of people are threatened with starvation as a result of drought and poor harvests.
几百万人因干旱和歉收而受到饥饿的威胁hzwudafRrIn5&G。
None of the banks changed their posture on the deal as a result of the inquiry.
没有一家银行因为这次调查而对该交易改变立场Ip8.R_3U+6。

6.It has found wrongdoing in several South American countries and has put Lula and other Brazilian politicians in jail.

The man was put in jail for grand larceny.
那人因重大盗窃案而被监禁I#9ttJoTB(Q=。
The thief who had stolen the jewels was apprehended by the police and was put in jail.
那偷珠宝的小偷被警方捉去了，而且关入了监狱u[0U.7pcpjA!Xp3M。 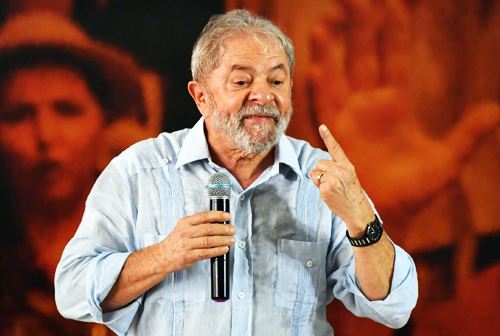