Women's Influence Growing in US Men's Professional Basketball
Training is over for the day, but one Boston Celtics basketball team coach is still working.
Assistant coach Kara Lawson is on the team's court helping new player Carsen Edwards improve his game. He gets the ball into the basket several times and then runs over to her.
"Thanks coach," Edwards says before exchanging a high-five with Lawson.
Welcome to the new look of the National Basketball Association, or NBA - the men's professional basketball league in North America. Women now are involved in most parts of the organization — from broadcasting, officiating and coaching to high-level management and even team ownership.
Lawson is one of a record high 11 women serving as assistant coaches among the 30 NBA teams.
"It's not a fad," said former professional basketball player Nancy Lieberman. "It's opportunities going to very accomplished women who have given their life to the game."
The change in the NBA is recent. The 61-year-old Lieberman remembers a time when women were rarely seen in the NBA.
Lieberman herself has broken barriers as a player, as a coach in the WNBA, as head coach in an NBA minor league and as an assistant in the NBA. She says she quickly learned that building relationships was critical to easing gender barriers in the organization.
She found support from organization members, like former coach Don Nelson. In 2009, he chose Lieberman to be head coach of the minor league Texas Legends team. Now she serves as an assistant coach for the Sacramento Kings, along with two other women.
Players respect the women assistant coaches for their experience and knowledge of the game.
Kara Lawson was a basketball star at the University of Tennessee and later won a WNBA championship with the Sacramento Monarchs. She also won a gold medal with the U.S women's basketball team at the 2008 Olympics in Beijing, China.
She retired from play in 2015. Earlier this year, she joined the Celtics as a coach.
Player Gordon Hayward said Lawson has made her presence felt.
"She's been good as far as just the experience she has as a basketball player," Hayward said. "Having [someone] that well-versed in basketball, that experience is good."
One female assistant coach, Kristi Toliver, does double duty. She plays for the WNBA's Washington Mystics. She also serves as an assistant coach to the NBA's Washington Wizards team.
"The biggest thing I learned is to share your voice and what you've learned," Toliver said. "Doing that has helped me communicate with my guys."
Richard Lapchick examines racial and gender hiring numbers for the NBA and other professional sports organizations. He praised the leadership of Adam Silver, the NBA Commissioner. Silver said the league needed to increase the number female coaches and referees.
Along with the record number of female assistants, five female referees will be working NBA games this season.
Lapchick believes the NBA will soon have its first female head coach. He said such a move would go a long way toward putting even more women in position to make decisions in the sport.
"I'd be surprised if it doesn't happen before the next season," he said.
I'm Ashley Thompson.

Assistant coach give more help in training team from all aspects.
希望助理教练员能在训练上给予球队全方位的帮助!7y3Q2nT2DhF6[*u4v。

May I go along with you?
我可以和你一块去吗？

Later in the week, the Kenyans waltzed off with gold medal in the steeplechase.
上星期末，在障碍赛跑中肯尼亚人轻而易举地赢得了金牌pkN%XW3x31(R@CY^W。

5."She's been good as far as just the experience she has as a basketball player," Hayward said.

As far as I know he'll be away for three months.
据我所知，他将外出三个月ZI|(#5t+sUra&jV|PS。
I'll keep you company as far as the station.
我将与你结伴到车站G4^fmcCgY=E44XuO.8。

6.He gets the ball into the basket several times and then runs over to her.

He often runs over to my office to talk about his work.
他常来我办公室谈他的工作DOunHW8T3Fg*3*KF22O。
The boy runs over to his mother when he sees his mother.
那男孩看见他妈妈就跑过去Y!zB8DDy,|。 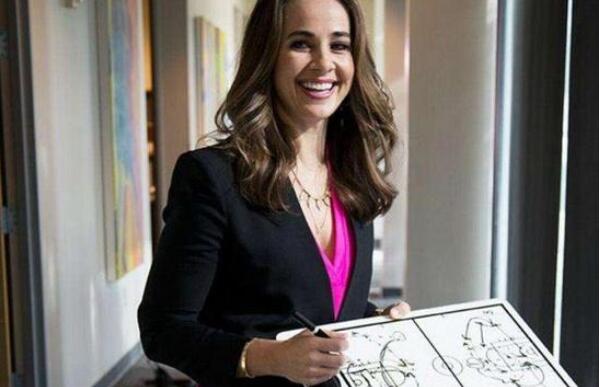