Flooded Trains Show Disaster Risks in Japan
Typhoon Hagibis struck Japan with unusual force and wind speeds last week.
The storm produced heavy rainfall and flooding in many areas. The water caused landslides as well as floods that left people trapped on building tops.
Newspapers and other media published images of bullet trains, known to Japanese as Shinkansen, that were flooded in Nagano, a mountainous area northwest of Tokyo. The pictures show the ability of natural disasters to slow down modern life.
Experts say periods of calm can cause a false sense of security in a country inured to danger by the threat of earthquakes, tsunami and volcanos.
"Weather conditions in Japan up to now have been relatively moderate," noted Toshitaka Katada, an expert on disasters and a professor at the University of Tokyo.
Katada said Japan's readiness for disasters is still based on information collected many years ago.
"Damage gets multiplied when people are overly confident about their safety," he added.
Rescue efforts have continued in the days since the typhoon first struck land near Tokyo. Then the storm turned northward before moving over the Pacific Ocean and weakening.
The number of dead and missing continues to increase. At least 100 people have been injured in Nagano, Fukushima, Miyagi and other central and northern prefectures.
Floodwaters caused damage to at least 10 Shinkansen trains, each with 12 cars, in Nagano, said an East Japan Railway Company official. Electronic equipment under the cars was likely totally wrecked, he added.
Extreme weather more common
For years, scientists have warned about the move toward extreme weather, including intensifying ocean storms.
Some say the damage from landslides and flooding is a sign of the vulnerability of some Japanese communities. They say engineers never really thought about conditions like heavy rains when homes and public infrastructure were built.
Although scientists are doing better at predicting weather conditions, it is still difficult to find out the paths of storms and the damage they may bring. So says Chris Field, director of the Woods Institute for the Environment at Stanford University in California.
"The message for typhoon-prone areas is that all should prepare for a future of stronger storms," Field said.
"It is important to understand and respond to the evidence that storms are getting stronger as a result of climate change and that investments in disaster prevention need to rise," he said.
Japan already is in crisis over its aging infrastructure. Governments lack the money and workers to repair and replace tunnels, bridges and other structures to meet new rules for resistance to earthquakes and other disasters.
Observers say there also is an urgent need to improve early warning systems and to help people move out of vulnerable areas, Field and other experts said.
Top officials gave clear and early warnings about the dangers of Typhoon Hagibis. They held an emergency press conference several days before the expected landfall.
"Please take measures to save your own life," Japan's public broadcaster NHK announced.
But while warnings targeted areas with as many as several million people, far fewer – tens of thousands – acted on those warnings.
Japanese need to be more aware of disaster risks and to do more to prepare on their own instead of counting on the government to take care of them, experts said.
Hiroaki Maruya, a disaster expert and professor at Tohoku University in Sendai, said Japan built many dams and flood control structures after World War II to limit disasters.
But strengthening such infrastructure is costly and will take time.
I'm Mario Ritter Jr.

We should take measures to protect our environment.
我们应该采取措施来保护环境RvPW0qUfKq。

The refugees are in urgent need of medical supplies.
这些难民是在医疗用品的迫切需要Y.-%h(]_XC=05。

Like Chinese Spring Festival, on this day, tens of thousands of people no matter how busy, should be and their families.
像中国的春节一样，在这一天，成千上万的人们不管多忙，都要和自己的家人团聚&^yjzgMHe--OL(r;0u。

He suggested what I should do and I acted on his advice.
他建议我该怎么做，我按照了他的意见行事yrk*Ftos#QgU3g%~v。

5.Observers say there also is an urgent need to improve early warning systems and to help people move out of vulnerable areas, Field and other experts said.

6.But while warnings targeted areas with as many as several million people, far fewer – tens of thousands – acted on those warnings.

There are as many as 300 new products on show.
展出的新产品不下于300种A#QAjf6QXf~6W^。
She gets as many as eight thousand letters a month.
她一个月里收到的信件多达8,000封xrV]^2xao3T3rnDpjT%。 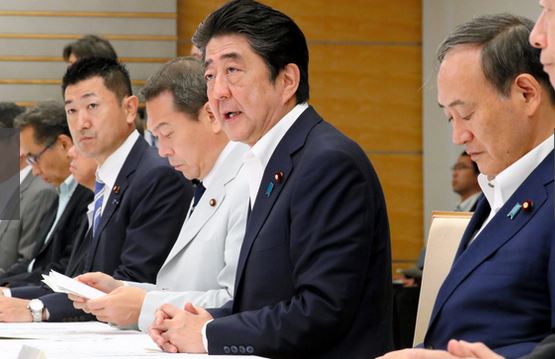