Shipwrecks Part of New US Marine Sanctuary
Remains of more than 200 wooden ships lie at the bottom of Mallows Bay near Nanjemoy in the state of Maryland.
The oldest ships sank there in the 1700s; the most recent ones are from the 20th century. They and the waters around them form the newest national marine sanctuary in the United States. It is said to be the first sanctuary to protect not only sea creatures, but also partially covered shipwrecks. Their skeletal remains rise up in the air, looking like spirits rising out of the Potomac River.
"When the tide goes out, the ships come up, and so they've been called the ghost fleet," explains Joel Dunn, head of the Chesapeake Conservancy environmental group.
The new marine sanctuary is about 60 kilometers south of Washington, D.C. From along the coast, one can see part of a rusty ferryboat rising out of the water. But the best way to see the shipwrecks is probably by kayak.
The stars of the show, however, are 100 American cargo ships. They were built about one hundred years ago.
Dunn said, "These large wooden steam ships were built for a variety of purposes, including shipping overseas equipment to Europe during World War I. The only problem was that most of them were finished after the war, so they were brought to Mallows Bay and sold to a salvage company."
A few years after the war ended in 1918, workers removed metal from the ships. What remained was broken down, burned and sunk in the Potomac River.
Today, kayakers test their skill by boating among the wooden pieces of the ships. Some have large iron nails stuck in the wood.
The area serves as a manmade wildlife sanctuary for fish, beavers and birds like bald eagles and ospreys. Plant life is also growing around the wood.
"It's tremendous for the environment because they're actually cleaning the water, providing habitat, and helping with climate change," says Susan Langley, an underwater archeologist.
The slowly rotting wood in the water does not harm the environment.
"Because it's underwater it doesn't receive as much oxygen, and so the decay is a lot slower," Dunn explains. "There's also salt water which further reduces the decay."
The underwater sanctuary has the largest number of shipwrecks in the Americas. It also holds the world's biggest collection of World War I ships.
Langley says, "This is the only place where you can see the size of these vessels and the cross-section of different designs...It is like one big museum."
I'm Jonathan Evans.

The report breaks down the results region by region
报告将调查结果按地区分成若干部分RMW*TPG6;rc|yfO2F。

He incited them to rise up against their officers.
他煽动他们起来反对他们的军官7.^zi*%BEvs。

5.Remains of more than 200 wooden ships lie at the bottom of Mallows Bay near Nanjemoy in the state of Maryland.

6.It is said to be the first sanctuary to protect not only sea creatures, but also partially covered shipwrecks.

It is said she is quite sure of success.
据说她很有成功的把握UV63%OMwKsH(FyoM20an。
It is said that all ships coming from abroad should be performed quarantine.
据说对所有国外来的船舶都要进行检疫]%F_v1nZY0bM9a。 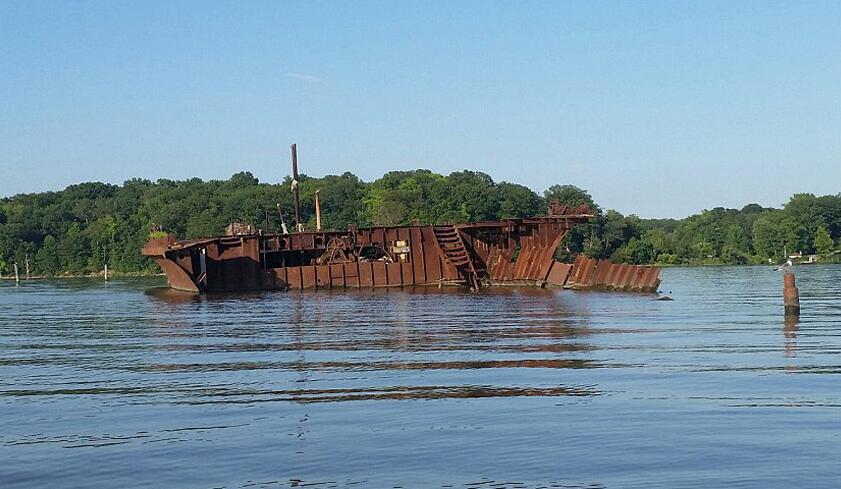