Any attack on Iran by the US or Saudi Arabia will spark an "all-out war," warned Iran's foreign Minister Mohammad Zarif on Thursday. This comes after a drone and missile strike on Saudi Arabia's oil industry. US Secretary of State Mike Pompeo said it was "abundantly clear" that Iran conducted those attacks. 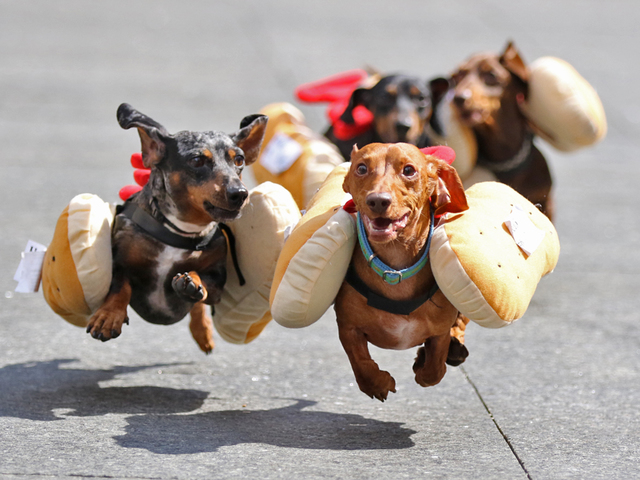 Prime Minister Justin Trudeau is begging Canadians to forgive him after images surfaced of him dressing in brown-face, including a yearbook photo of him at a 2001 Arabian Nights Costume Party. His bid for reelection is just a month away.

The remnants of tropical depression Imelda unleashed torrential rain Thursday in Texas, prompting hundreds of water rescues and a hospital evacuation. As much as 40 inches of rain could fall this week, hitting communities east of Houston particularly hard.

In Cincinnati, Ohio, they had a doggone good time at the annual Running of the Wieners' event. One hundred dachshunds races to kick off the city's Oktoberfest.

1.In Cincinnati, Ohio, they had a doggone good time at the annual Running of the Wieners' event.

It was so doggone hot.

2.One hundred dachshunds races to kick off the city's Oktoberfest.

A visitor sleeps on the lawn on the opening day of Oktoberfest.