A group of migrant mothers and children have taken legal action against the American government. They say the Trump administration has unreasonably banned their entry to the United States, violating their rights as asylum-seekers.

The 126 women and children from 59 families are mostly from the poor and violent Central American countries of El Salvador, Honduras and Guatemala. The individuals were rejected early in the asylum process while they were detained in Dilley, Texas. They were denied asylum under a new law that requires migrants first seek asylum in another country as they travel to the U.S.

Hassan Ahmad is the lead lawyer for the mothers and children. He said the government has established changes to the asylum process without warning. He said asylum-seekers are not being told which of the new rules will apply to their cases. Ahmad says his group is arguing the way in which the new law is enforced, not the law itself.

He filed their legal action in the U.S. District Court in Washington, D.C.

Other legal actions already are challenging the law. Lower courts had agreed to block the rule immediately. But last week, the U.S. Supreme Court ruled that the law can take effect immediately while the legal actions against asylum-seekers are considered.

The Justice Department did not immediately answer a request for comment.

President Donald Trump's administration has called the increase in migrants from Central America a "crisis." It says most migrants make false asylum claims as a way to enter the United States.

They beamed the program to the countries of Central America.

Since they refused to co-operate, we had to take legal actions.

He was unable to travel to Barcelona with the rest of the team.

Measures to reduce costs are beginning to take effect.

5.A group of migrant mothers and children have taken legal action against the American government.

Why don't you take legal action against the store that sold you bad food?

However, power companies have taken legal action against the agency to delay the restrictions.

6.A group of migrant mothers and children have taken legal action against the American government.

On the way home we shared our first class compartment with a group of businessmen. 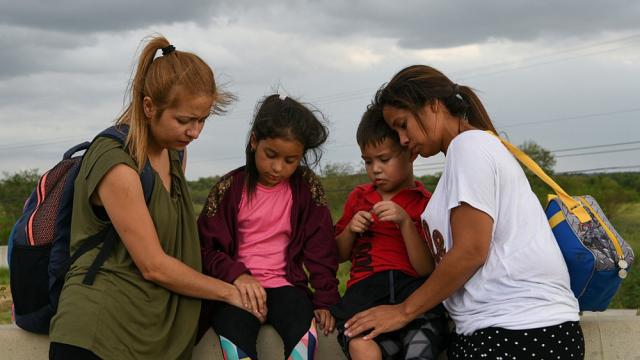