Deadly Hurricane Dorian Hits Bahamas and Stays
The destructive ocean storm, Hurricane Dorian, has moved little since striking the Bahamas Islands on Monday.
The storm has destroyed homes and forced thousands of people to seek shelter. Officials report at least five people have died.
Bahamian Prime Minister Hubert Minnis called the storm "a historic tragedy."
The United Nations and the International Red Cross have begun efforts to help deal with what they expect will be a humanitarian crisis.
The storm hit the islands of Abaco and Grand Bahama, affecting about 70,000 people. When it first reached the islands, it was a powerful Category 5 storm which flooded the Grand Bahama airport. Category 5 storms are the most powerful and damaging of all hurricanes.
Frightened people tried to find family members by leaving messages with local radio stations.
Health Minister Duane Sands said that Dorian severely damaged nearly all the health centers and equipment on Grand Bahama Island. He said that heavy flooding left the island's main hospital unusable. He said he hoped to send a medical team soon to the Abaco islands.
"We are hoping and praying that the loss of life is limited," he said.
Red Cross spokesman Matthew Cochrane said about 45 percent of the homes in Grand Bahama and Abaco were believed to have been severely damaged or destroyed. U.N. officials said more than 60,000 people on the islands will need food, and the Red Cross said about 62,000 will need clean drinking water.
The Red Cross officials are sending $500,000 immediately, Cochrane said.
"What we are hearing lends credence to the fact that this has been a catastrophic storm and a catastrophic impact," he said.
Sands said the main hospital in Marsh Harbor was sheltering 400 people but in need of food, water, medicine and supplies. He said teams were trying to airlift five to seven seriously ill patients from Abaco.
Bahamian parliament member Iram Lewis said he feared rising water would trap people who would be unable to contact help as their phone batteries died.
"It is scary," he said, adding that people were moving from one shelter to another as floodwaters continued to rise.
By Tuesday, Dorian's winds had slowed, making it a still very dangerous Category 2 hurricane with wind speeds recorded at 177 kilometers an hour. The center of the hurricane has not moved too far from the Bahamas.
Hard to predict the storm's path
Dorian was expected to near the coast of Florida Tuesday. However, the National Hurricane Center predicts that the storm will stay away from the coast as it heads northward.
Hundreds of thousands of people in Florida, Georgia and South Carolina were warned to evacuate because of possible flooding caused by the storm. Also, several airports in the area closed Tuesday, causing hundreds of flights to be canceled.
Jared Moskowitz is the director of the Florida Division of Emergency Management. He said "Hurricane Dorian is the strongest storm to ever threaten the state of Florida on the East Coast." He said whatever path the storm takes, it will affect the state.
The U.S. Coast Guard rescued at least 21 people injured on Abaco Island in the Bahamas.
Weather experts said that the storm had nearly stopped over the Bahamas because the wind currents that push it forward had collapsed. They warned it will soon start moving again and could come close to the Florida coast Wednesday.
I'm Mario Ritter Jr.

At least 10 people in the Southern Philippines are reported dead from flooding caused by a huge Ocean storm.
据报道，在菲律宾南部至少有十人死于海洋风暴引起的洪水8Ee+P6vf,*B@B。

A humanitarian crisis should not and need not be a perpetual crisis.
一场人道主义危机不应当也不需要成为一场永久性的危机GDONV+8N2vH#|X~;。

Wind speeds of over 70 miles per hour were recorded here.
这里的风速曾经达到每小时70英里C~5a0~QqR=。

Our determination is unswerving to push forward the reform of RMB exchange rate formation mechanism.
我们推进人民币汇率形成机制改革的决心是坚定不移的Ys6Q6#FqYu7~Y。

5.Sands said the main hospital in Marsh Harbor was sheltering 400 people but in need of food, water, medicine and supplies.

There was damp everywhere and the entire building was in need of rewiring.
到处都受了潮，整栋楼需要重新布线2zK+L[e4RzibV_@VWTH[。
I am in need of a loan of a bike for a few weeks.
我需要借辆自行车用几个星期q%,z3BMdw!。

6.However, the National Hurricane Center predicts that the storm will stay away from the coast as it heads northward. 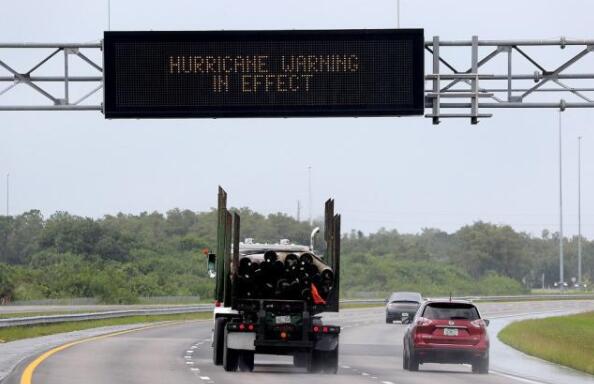