Brother of Former Sri Lankan Leader to Run for President
A former defense secretary in Sri Lanka has been nominated as the opposition candidate for president.
Gotabaya Rajapaksa is the brother of former president Mahinda Rajapaksa. He was named the candidate for the opposition nationalist SLPP party.
Gotabaya Rajapaksa served as defense secretary during the government's campaign to end a 26-year-long civil war. The campaign against the Tamil Tigers rebel group ended in 2009. The group had fought for an independent state for the ethnic minority Tamil people.
The government's military was criticized for carrying out widespread human rights abuses. A United Nations report said about 45,000 Tamil civilians were killed in the final months of fighting.
Mahinda Rajapaksa is known for leading the country to victory over the rebels. His 10-year term as president ended in 2015.
Gotabaya Rajapaksa has been accused of using extrajudicial methods during the campaign to end the civil war. He has also been accused of seeking to silence his critics and for misusing government money.
The 70-year-old candidate has promised to battle "extremist terrorism." A terrorist attack struck Sri Lanka in April. The Easter Sunday bombings killed more than 250 people. Sri Lankans were angered by the government's inability to prevent the bombings.
This week, Mahinda Rajapaksa announced his brother's candidacy to a group of supporters in the capital Colombo.
"I thought of a man who is sought by the country's history to build a future," the former president told the gathering. "Whether I chose or not, he has become your brother, whether I chose him or not, he has already won your hearts," he added.
Many consider Gotobaya a hero for his military efforts. Supporters see him as someone who could be a strong national leader. But he does not enjoy support among minority groups or victims of human rights abuses.
The youngest brother of Gotabaya and Mahinda is Basil Rajapaksa. He is founder of the SLPP party. He recently told reporters the Sri Lankan people had "requested a leader who can ensure their security."
Gotabaya is a U.S. citizen. He says he has begun the process of giving up his American citizenship because Sri Lankan law does not permit political leaders to hold citizenship in two countries.
However, Gotabaya faces two court cases against him in Los Angeles, California. Torture victims and the daughter of a reporter killed in Sri Lanka in 2009 brought the charges.
Gotabaya has denied the accusations and his spokesman says the cases were brought for political purposes.
A final date for the presidential election has not yet been set. But the voting is expected to be held before December 9.
I'm Bryan Lynn.

The Defense Secretary gave an upbeat assessment of the war so far.
国防部长对目前的战事给予了乐观的评价;fHm&@Y85G。

A presidential election was scheduled for last December
总统选举原计划在去年12月举行N(_ajABJiY]。

He is thinking of giving up teaching.
他在考虑辞去教书的工作#aKW|tOCM4msT。

5.The government's military was criticized for carrying out widespread human rights abuses.

He was making all the right noises about multi-party democracy and human rights.
他假意支持多党民主和人权问题P!uSC~=gR3)z(~FC!lq。
Critics say he allowed the police and security forces to disregard human rights.
批评人士说他听任警察和安全部队漠视人权Wbq3UkSu9&.U@qBB(e7c。

6.The government's military was criticized for carrying out widespread human rights abuses.

The commanders accused him of carrying out a reign of terror.
指挥官们谴责他实行恐怖统治avv8o(MRMserR~nt4mFr。
They vented their anger by carrying out arson attacks.
他们四处纵火以泄愤BAZtAIFDJb8wH|)](。 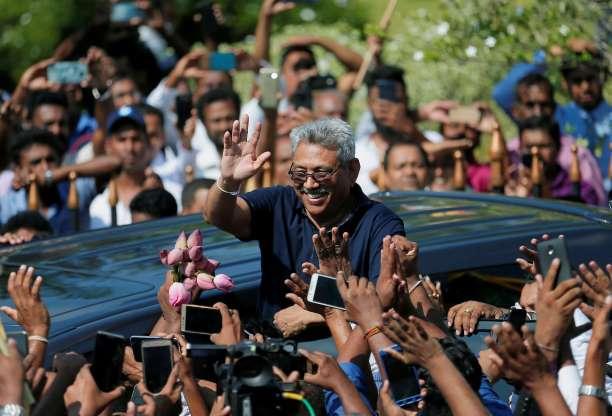