Turkish Village Excited About Britain PM Boris Johnson
When Boris Johnson became Britain's prime minister, the Turkish village of Kalfat held a celebration in his honor.
Johnson has studied members of his family over many generations. He learned that his great-great-grandfather was born in Kalfat in 1813.
People gathered in the center of the village last Tuesday to celebrate Johnson's victory as Conservative Party leader, noted the town's administrator. Johnson took office as British prime minister on Wednesday.
"We were honored that someone who has Ottoman genes, who comes from these lands, has become the prime minister," said Adem Karaagac, a former administrator.
Kalfat is home to about 1,300 people, many of them farmers. The village lies about 100 kilometers north of Ankara, Turkey's capital.
Villagers dismissed past comments by Johnson that sometimes were said to be anti-Muslim or against Turks. They said they hope that he will visit Kalfat while in office.
The old family home is still standing. The family members were known as the "Sarioglangiller," which means "of the family of the blond boy," Karaagac said.
Johnson is usually linked to the British upper middle class because of his family's wealth and his education at Eton College and the University of Oxford. Yet when asked about his ability to understand modern Britain's many ethnic groups and cultures, he often discusses his Turkish roots.
During a Conservative Party leadership debate in June, Johnson defended himself against claims he dislikes Muslims.
"When my Muslim great-grandfather came to this country in fear of his life in 1912, he did so because he knew it was a place (of) openness and a willingness to welcome people from around the world," Johnson said. "I think my Muslim great-grandfather would have been...very proud and I think it would be a tribute to this country."
Johnson explored his Turkish roots in a 2008 program, a BBC genealogy show "Who Do You Think You Are?" When he visited Turkey as foreign minister in 2016, Johnson said his family was from Kalfat.
At least six families currently living in the village are distantly related to Johnson's great-great-grandfather, noted Karaagac. His name was Haci Ahmet Riza Efendi.
Satilmis Karatekin, a distant relative, said the village would look forward to seeing Johnson in the future. Stanley Johnson, the new prime minister's father, visited Kalfat about 10 years ago.
"An Englishman with Turkish ancestry has become the prime minister," said Karatekin. His grandmother, Fidan Karatekin, was related to Haci Ahmet Riza Efendi. "He (Johnson) may be English, but he carries Turkish blood," he added.
Haci Ahmet Riza Efendi's son, Johnson's great-grandfather, was the political journalist Ali Kemal. He lived in what then was the Ottoman Empire. Considered pro-British and a "traitor," Kemal was killed by a mob in 1922 during Turkey's war of independence.
Kemal's son, Osman Wilfred, was raised by his grandmother, Margaret Johnson, in Britain.
Johnson last visited Turkey in 2016, and he was warmly welcomed. Johnson has based his plan for Britain to leave the European Union on that possibility that millions of Turks could enter Britain if Turkey joined the EU. He also, famously, wrote a poem about Turkish President Recep Tayyip Erdogan. Many people considered it offensive.
Yet Erdogan was one of the first leaders to congratulate Johnson last week. He expressed hope the Turkish-British relations would grow under Johnson's government.
Asked about Johnson's comments on Turkey during the campaign to end Britain's EU membership, Kalfat's former mayor Mustafa Bal said: "he had to say such things...for political gains."
I'm Susan Shand.

The president said he'd made no firm decision on whether he would run for a second term in office.
总统说他还没有下定决心是否竞选连任GA|1xa%=rh%RJ。

The country made social and political gains under the new government.
在新一届政府任职期间，这个国家在社会和政治方面都取得了进步#d*wD-tKur&。

The Prime Minister was speaking ahead of today's meeting.
首相在今天的会议开始之前作了发言

The president gave an inaugural speech when he took office.
总统上任时发表了就职演说knqDGl#Onl%!q。

5.When my Muslim great-grandfather came to this country in fear of his life in 1912.

The elderly live in fear of assault and murder.
老人们生活在对袭击和谋杀的恐惧之中RA#^6u3V6n|@*mYWvdlz。
I lived in fear of failing my end-of-term exams.
我总是担心期末考试不及格(QOg4~hVe=MKcSKiD。

6.Satilmis Karatekin, a distant relative, said the village would look forward to seeing Johnson in the future. 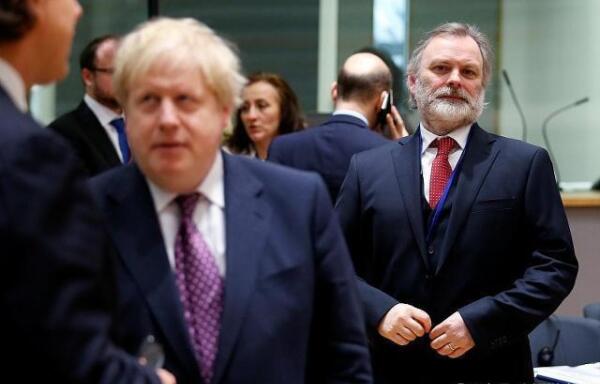