Mueller Rejects Trump’s Claims of 'Witch Hunt'
Former Special Counsel Robert Mueller appeared before the U.S. Congress Wednesday to answer lawmakers' questions about his investigation into Russian election interference.
During the day-long hearing, Mueller's answers included little beyond the findings included in his 448-page report. He said few words and repeatedly asked lawmakers to look to his report for the information they sought. CNN television estimated that Mueller chose not to answer questions from lawmakers at least 206 times.
The United States Department of Justice appointed Mueller to lead the investigation two years ago. The investigators found there were many contacts between the Trump campaign and Russia. But, it said, "...the evidence was not sufficient to support criminal charges."
The investigators also uncovered numerous attempts to interfere with law enforcement, a crime known as obstruction of justice.
On Wednesday, Mueller dismissed President Donald Trump's claim that he had been exonerated from obstruction of justice.
He also described Russia's election interference as one of the most serious "challenges" to the United States' democracy. He said the issue "deserves the attention of every American."
And, he rejected the president's statements that his investigation had been a "witch hunt."
Early Wednesday, Mueller appeared before the Judiciary Committee of the House of Representatives. He answered one lawmaker's question on possible obstruction of justice by saying, "the president was not exculpated for the acts that he allegedly committed." Exculpate means to show that someone is not guilty or at fault.
Mueller also stated that a president could be charged with a crime after leaving office.
Representative Ted Lieu, a Democrat from California asked Mueller if he did not formally charge Trump because of a legal opinion that a sitting president cannot be charged with a federal crime. Mueller answered, "That is correct."
The former special counsel, however, used his opening statement at the second hearing Wednesday to correct that answer. He said, "We did not reach a determination as to whether the President committed a crime." The second hearing was before the House Intelligence Committee.
Mueller criticized Trump's support of WikiLeaks, which released emails stolen from the campaign of Hillary Clinton, Trump's opponent in 2016. He said the support was "problematic" and gave hope to what he called "illegal activity."
When asked why the investigation did not ask for Trump to answer questions in person, Mueller said, "we had little success in pushing to get the interview of the President." He said his team did not want to extend the investigation. He and his team also believed that Trump would fight their request. Instead, the president provided written answers to the investigation, which Mueller agreed were "inadequate and incomplete."
Wednesday's testimony was only the second time that Mueller publicly discussed his office's two-year investigation.
After the hearings ended, Trump spoke with reporters. He again described the Mueller investigation as a "hoax" and a "witch hunt." He also said the White House had had a "very good day."
I'm Jonathan Evans.

This business is a cover for illegal activity.
表面上这是家商行，实质上从事非法活动YRkD@kIJN(e%Rs。

She is known as a great beauty.
她是出了名的大美女7q1JrRe#s~Tkc6。

Liberals fought the noble fight against that witch hunt.
自由主义者与贵族战斗反对那政治迫害K#w^nf6^YTU+Drl]yL。

Whatever you love him, at least he in your heart!
不管你爱不爱他，至少他在你的心里面！

5.The investigators also uncovered numerous attempts to interfere with law enforcement, a crime known as obstruction of justice.

No liquids are served with meals because they interfere with digestion.
上饭菜时不要同时上汤水或饮品，因为这会影响消化,+IcW]+vc6B]PloBIDG。
Smoking and drinking interfere with your body's ability to process oxygen.
抽烟与酗酒有碍身体处理氧气的能力if5bTwxK%.C@_2。

6.Mueller also stated that a president could be charged with a crime after leaving office. 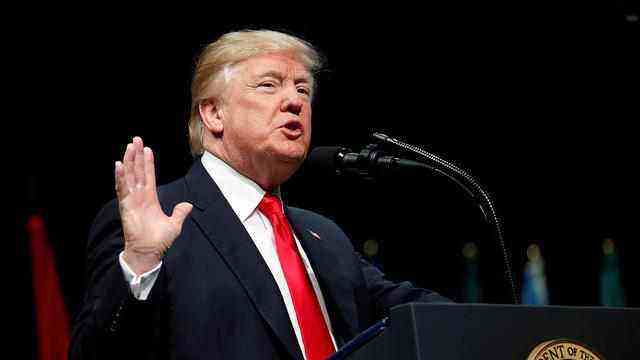