President Trump doubled down on his criticism of 4 Democratic congresswomen during a rally in North Carolina. The crowd chanted "send her back" when he mentioned Minnesota congresswoman Ilhan Omar. 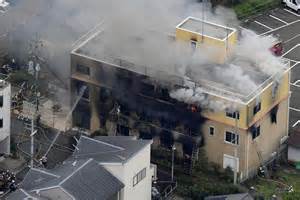 Authorities in Japan say a man burst into an animation studio and set it on fire. More than 20 people are either confirmed or presumed dead. Even more are injured, some critically.

And thousands of protesters filled the streets of San Juan, demanding that the territory's governor resign. Demonstrators say Puerto Rico's government is filled with corruption and doesn't provide necessary services.

1.The House of Representatives easily voted down a maverick Democrat's move to impeach President Trump.

We do not have to own maverick way of life that feel lonely, because in a borderless network of the real world, can always find fellow people.

2.Authorities in Japan say a man burst into an animation studio and set it on fire.

The films are a mix of animation and full-length features.