Man Sets Fire, Killing Many in Japan
A man saying loudly "You die!" ran into a building in Kyoto, Japan, Thursday. He poured out a liquid and set a fire that killed more than 30 people. The attack, at an animation office building, shocked anime fans in Japan and beyond.
Over 30 others were injured, some of them badly.
Witnesses said they heard bangs coming from the building and saw people coming out blackened, bleeding and barefoot, Kyodo News reported.
"There was an explosion, then I heard people shouting, some asking for help," a witness told TBS TV. "Black smoke was rising from windows on upper floors."
Fire officials said more than 70 people were in the building at the time.
Prime Minister Shinzo Abe commented on Twitter: "Today, many people were killed and wounded in an arson murder case in Kyoto. It is too appalling for words."
The suspect was hurt and taken to a hospital. Police identified him only as a 41-year-old man who was not a company employee. They did not say why he attacked the business.
Most of the victims were employees at Kyoto Animation, which works on films and TV productions. It is best known for its popular stories about high school girls.
Police and fire officials said the fire started in the three-story building in Japan's ancient capital. It began after the attacker poured an unidentified liquid that helps fire spread easily.
Japanese media reported the fire might have started near the front door, forcing people to find other ways out.
Officials said firefighters found many bodies. Twenty of them were on the third floor. Some were on the stairs to the roof, where they collapsed, possibly while trying to get out, a fire official said. Two were found dead on the first floor, and 11 others on the second floor, he said.
A witness who saw the attacker talking with police told Japanese news that the man admitted spreading gasoline and setting the fire with a lighter. She told NHK television the man had burns on his arms and legs. He reportedly was saying angrily that something of his had been "stolen," possibly by the company.
Kyoto Animation, better known as KyoAni, was founded in 1981 as an animation and comic book production studio. Its hits include "Lucky Star" of 2008, "K-On!" in 2011 and "Haruhi Suzumiya" in 2009.
Company president Hideaki Hatta said, "My heart is in extreme pain. Why on earth did such violence have to be used?" Hatta said the company had received death threats through emails by unidentified people in the past. But he did not link them to Thursday's attack.
Anime fans expressed anger, prayed and mourned for the victims on social media. Many posted with the hashtag "#PrayForKyoani."
Violent crime is relatively rare in Japan, but occasional incidents have shocked the country.
Less than two months ago, a man with a knife attacked a group of school girls at a bus stop in Kawasaki, just south of Tokyo. And a fire in 2001 in Tokyo's crowded Kabukicho entertainment area killed 44 people in the country's worst known case of arson in modern times. Police never announced an arrest in the setting of that blaze.
I'm Anne Ball,
And I'm Jill Robbins.

The driver failed to negotiate a bend and ran into a tree.
司机没能顺利拐弯，撞到了树上)[.jj2E1Qm&。

He was regarded as the most successful Chancellor of modern times.
他被认为是现代最为成功的财政大臣+2=ejl|FzfK12Zlq4Bz。

Are you sure you locked the front door?
你确定锁了前门吗？

China has always been known as a land of propriety and righteousness.
中国从来以礼义之邦著称rzdKASL8-x+(y(4Sa.eJ。

5.There was an explosion, then I heard people shouting, some asking for help," a witness told TBS TV.

When we asked for help, the policeman accommodated us .
当我们请求帮助时，警察帮助了我们ZJgE^GIm|BOv。
When I asked for help, he just smiled loftily and turned away.
当我请求帮助时，他只是高傲地笑了一笑，便转身离开f&n~+id*7MW0l&0z。

6.Japanese media reported the fire might have started near the front door, forcing people to find other ways out.

find a way out 找出路 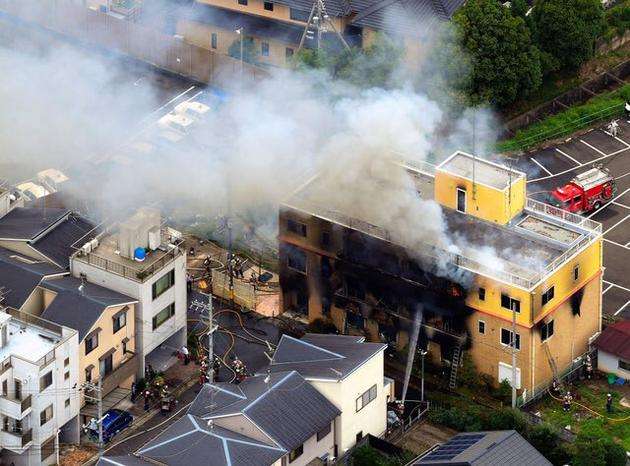